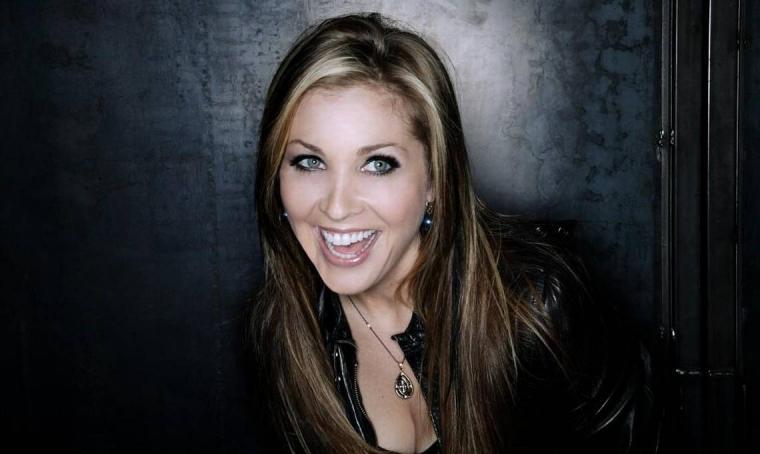 Lauded by Sounds Like Nashville for “her warm, yet driving, vocal approach” that “turns the listener on an emotional dime,” country-music singer/songwriter enjoys an August 24 headliner concert at the Rock Island Brewing Company, her most recent album Trophy described by Country Exclusive as “filled with honest, clever songwriting” that shows “an artist being vulnerable and sharing a part of herself with listeners through her music.”

Born in Houston, Texas, in 1976, Initially, Sweeney graduated from Southwest Texas State University before releasing her debut album Heartbreaker's Hall of Fame in 2006. The album was pushed to the Texas Music Chart and produced three regional singles in the songs “If I Could,” “Ten Years Pass” and “East Texas Pines.” After gaining a following on the Texas club circuit, Sweeney signed to the independent Big Machine Records label and toured throughout Europe in 2007, and two years later, Sweeney was signed as the first artist to Republic Nashville, a newly founded joint venture between Big Machine and Universal Republic Records. Her first single for the label, “From a Table Away,” was released in 2010 and became Sweeney's first chart single when it debuted at No. 58 on the U.S. Billboard Hot Country Songs chart for the week of June 26. In March of 2011, the song entered the chart's Top 10.

Republic Nashville released Sweeney's second studio album Concrete that August, with the singles “Staying's Worse Than Leaving” and “Drink Myself Single” scoring as Top 40 hits on the Hot Country Songs chart. After parting ways with Big Machine in 2012, Sweeney signed a recording contract with the Thirty Tigers record label the following year, and released her label-debut single “Bad Girl Phase” in the summer of 2014. Through the fan-sponsored PledgeMusic program, Sweeney issued her third studio record Provoked in 2014, with the critically acclaimed Trophy released three years later. According to Sounds Like Nashville, “There are quite a few cuts on Trophy that have that fun and spicy side to the singer, such as the quite-outspoken title cut – a track that one gets the feeling that Loretta Lynn could have pulled off quite easily circa 1972.” As Sweeney herself says, “I want everybody who hears this album to come away with something, whether it's to feel like they're not alone or inspired or like they want to laugh. I just want them to feel something.”

Sunny Sweeney plays the Rock Island Brewing Company at 7 p.m. on August 24, admission ranges from $15 to $75 for VIP seating, and more information is available by calling (309)793-1999 or visiting RIBCO.com.