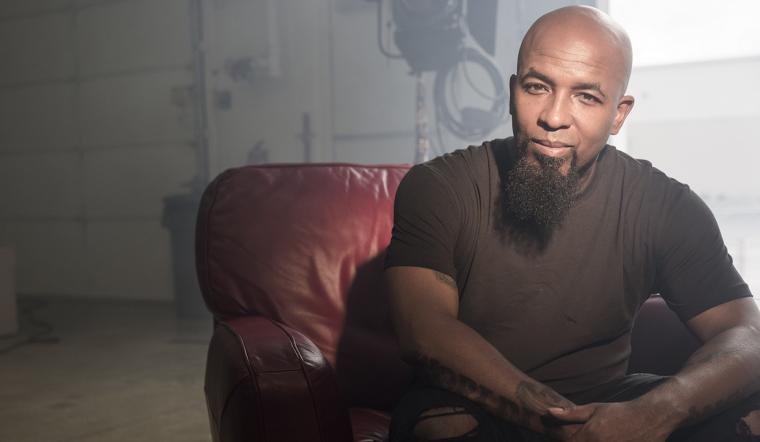 Boasting a discography encompassing more than two decades and collaborations with diverse artists ranging from The Doors and Eminem to Boyz II Men, and Dwayne “The Rock” Johnson, hip-hop and rap artist Tech N9ne plays East Moline's The Rust Belt on January 21, the musician currently touring nationally in support of his 2021 release Asin9ne.

Born Aaron Dontez Yates in 1971, Tech N9ne and his business partner Travis O'Guin founded the record label Strange Music in 1999, and to date, he has sold over two million albums and has had his music featured in film, television, and video games. His stage name originated from the TEC-9 semi-automatic handgun, a name given to him by rapper Black Walt due to his fast-rhyming chopper style. Later, Tech N9ne applied a deeper meaning to the name, stating that it stands for the complete technique of rhyme, with "tech" meaning technique and "nine" representing the number of completion.

Following his 1999 debut The Calm Before the Storm and 2000's The Worst, Tech N9ne released the studio album Anghellic on JCOR Records in 2001, and after disputes arose about the promotion of the album, he and his label severed ties with the JCOR with a deal that allowed them to retain the rights to the album. The next year, he released Absolute Power, under a 50–50 joint venture between Strange Music and M.S.C. Music & Entertainment, and after debuting at number 79 on the Billboard 200, the album's sales are said to have tripled following a campaign that went by the name of "F.T.I." In it, music listeners were asked to legally download the album free through the artist's own Web site in response to the anti-downloading campaign by the RIAA.

Since then, Tech N9ne has released nearly 20 additional albums, four of which (2011's All 6's & 7's, 2013's Something Else, 2014's Strangeulation, and 2015's Special Effects – made the top five on the Billboard 200. Several other albums made the Billboard Top 20, among them 2009's K.O.D., 2010's The Gates Mixed Plate, 2016's The Storm, and 2018's Planet, and numerous mainstream artists have appeared on his albums, including Ice Cube, Three 6 Mafia, Busta Rhymes, Lil Wayne, CeeLo Green, T.I., and Corey Taylor of Slipknot. Tech N9ne's performance style, meanwhile, is revered for his dynamic rhyme schemes and speed-rap abilities, with Soren Baker of VH1 stating that the artist's techniques "showcase his wide-ranging, mind-blowing flows.”

Tech N8ne plays his East Moline engagement on January 21 with sets by special guests Joey Cool and Jehry Robinson, admission to the 8 p.m. concert is $35-40, and more information and tickets are available by visiting TheRustBeltQC.com.