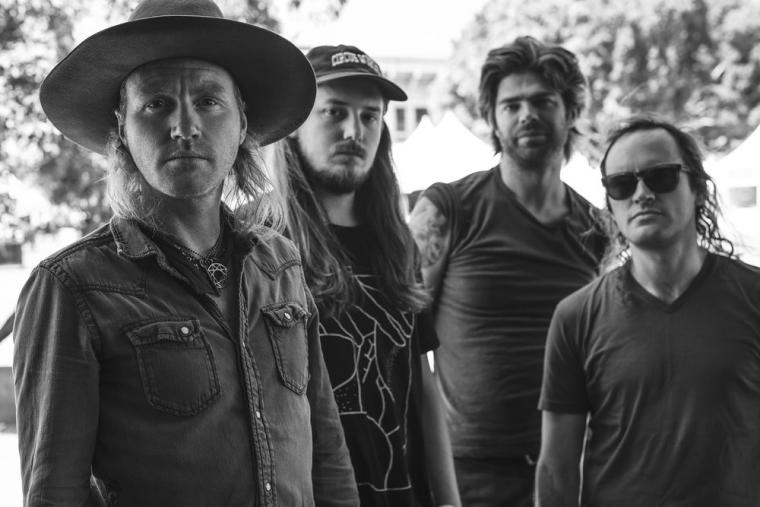 Currently touring in support of their 2019 release Egowerk, the Kansas-based independent rockers of The Faint play Maquoketa's Codfish Hollow Barn in a May 26 co-presentation with Moeller Nights, their latest recording proving that, according to Riff magazine, “the band can still speak truth to power and culture through infectious melodies and electrifying rhythm.”

Composed of Todd Fink (guitar and keyboards), Graham Ulicny (keyboards), Michael “Dapose” Dappen (guitar), and Clark Baechle (percussion), The Faint was originally known as Normal Bailer and included in its original ensemble Conor Oberst of Bright Eyes, who quit the band shortly after its formation and 1995 album debut Sine Sierra. Three years later, the outfit's sophomore release under its new name The Faint found the rockers signing with Saddle Creek Records (with whom they released Egowerk), with the musicians' style shifting from post-hardcore to New Wave. They went on to tour the United States playing what would become songs that would comprise The Faint's next album Blank-Wave Arcade, which had a more dance- and techno-influenced sound than their previous recordings and quickly became a 1999 underground hit.

Since the turn of the new century, The Faint released another pair of Saddle Creek albums in 2001's Danse Macabre and 2004's Wet from Birth, and self-released album number five, Fasciinatiion, under their own label blank.wav in 2008. The album became The Faint's biggest hit to date, making the top 50 of the Billboard charts, and the group subsequently toured North America with British electronic group Ladytron. Another album, Doom Abuse, dropped in 2014, and Egowerk marks The Faint's first recording since, as well as its first with Reptar musician Ulicny as a band member. In the new release, according to Pitchfork, “the band finds new reasons to stay angry and keep dancing,” with the magazine adding, “Even as the group has graduated beyond the reedy electronics of their early '00s dance-punk and immersed themselves more fully in EDM, the music has retained its urgent physicality.”

The Faint plays the Codfish Hollow Barn with opening sets by Choir Boy and Closeness, admission to the 7 p.m. concert are $30-35, and more information and tickets are available by visiting CodfishHollowBarnstormers.com and MoellerNights.com.