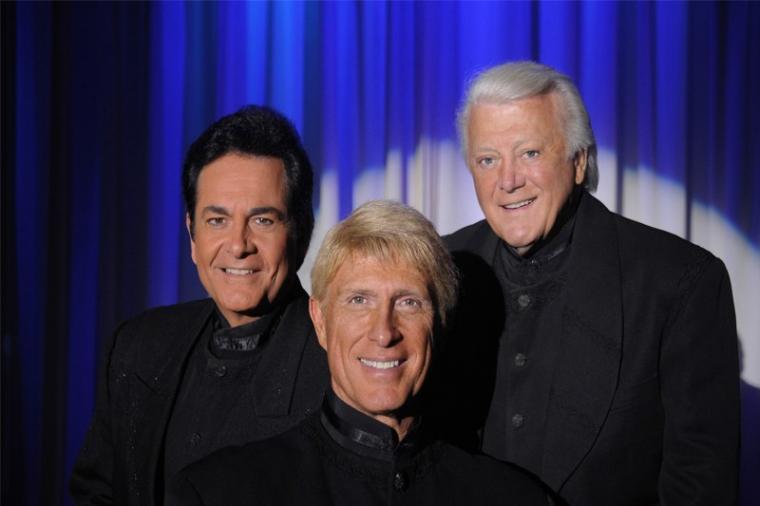 With singer and group co-founder Tony Butala currently celebrating his astonishing 61st year with the trio, the beloved pop vocalists of The Lettermen will return to the Circa '21 Dinner Playhouse on May 13, their annual concert engagements overflowing with timeless hits such as “When I Fall in Love,” “Put Your Head on My Shoulder,” “Hurt So Bad,” and “Shangri-La.”

Composed of Butala, Donovan Tea (who joined the group in 1984), and Bobby Poynton (who came aboard in 1990), The Lettermen was originally formed in 1960 by Butala and two students from Brigham Young University: Jim Pike and Bob Engemann. After signing with Capitol Records and releasing their first single “The Way You Look Tonight,” their close-harmony pop songs with light and easy arrangements made them successful with adult audiences at a time in which changing styles and tastes made many older listeners feel somewhat left behind in the world of music. “The Way You Look Tonight” peaked at number three on Billboard's Adult Contemporary chart and its follow-up, “When I Fall in Love,” made it all the way to number one, with other top-10 Lettermen hits in the 1960s including “Come Back Silly Girl,” “Theme from A Summer Place,” “Secretly,” “I Only Have Eyes for You,” and the mash-up “Goin' Out of My Head / Can't Take My Eyes Off of You.”

Since releasing the trio's 1962 debut A Song for Young Love, The Lettermen have gone on to record more than 50 additional albums, with 11 of them gold-certified, and a consecutive 32 of them placing on Billboard's Hot 200 chart. The group has also been nominated for five Grammy Awards, an Andy Award, and a Cleo Award, and the singers' enduring legacy includes two 21st Century Hall of Fame citations: 2001 induction into the Vocal Group Hall of Fame, and 2012 induction into the Hit Parade Hall of Fame.

The Lettermen will perform matinée and evening concerts on May 13, with the 1p.m. show preceded by a plated lunch, and the 7:15 p.m. show preceded by a buffer dinner. Tickets are $52.25 for the afternoon performance and $58.55 for the singers' evening engagement, and more information and reservations are available by calling (309)786-7733 extension 2 or visiting Circa21.com.