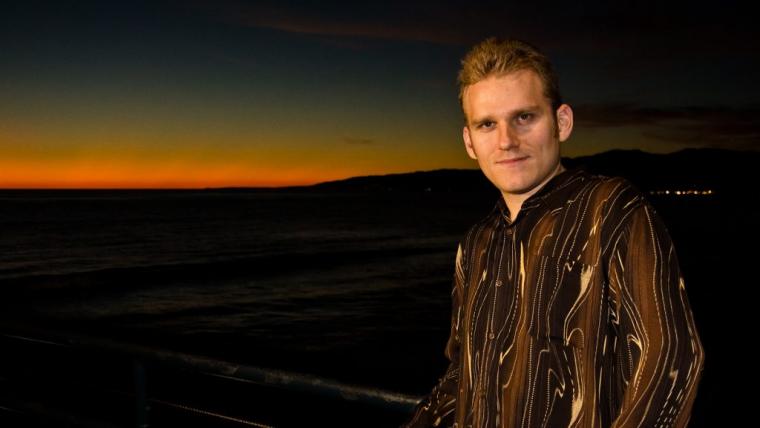 Accompanied by an entire repertoire of jazz standards and iconic pop hits, a 2005 graduate of Rock Island High School returns to the Quad Cities – performing for live audiences for the first time since March – in The Matt Barber Experience, the July 2 concert event at Davenport's Grape Life Wine Store & Lounge that finds Barber and his touring musicians performing classics from the five albums he has recorded since 2007.

Its song list boasting what the artist describes as “fun, upbeat, and relaxing music from the heart,” The Matt Barber Experience features Barber on vocals, Twewanta Lopez on keyboard, and David Saelens on drums, with its headliner traditionally performing some 300 nationwide tour stops per year. (This year, for obvious reasons, being an exception.) Barber's music has been featured on Los Angeles jazz radio station KKJZ (KJAZZ) 88.1 FM, and he has had the honor of performing at such notable venues as The Four Seasons Hotel in Beverly Hills, Andy Williams’ Moon River Restaurant in Branson, and at the Illinois State Fair. Since graduating from Rock Island High School, Barber recorded his album debut Romancing Nashville in 2007, following it with Love Notes from Paradise in 2009, It's Been a Merry Christmas in 2009, The Masterpiece Collection in 2011, and More Today Than Yesterday in 2015. And while Barber performs beloved standards from the likes of Frank Sinatra, Andy Williams, and Nat King Cole, his repertoire runs the gamut of musical genres, with his albums also boasting covers of everything from Barry Manilow's “Copocabana” to Judy Garland's “Over the Rainbow” to the Righteous Brother's “Unchained Melody” to Tony Bennett's “I Left My Heart in San Francisco.”

In addition to touring alongside Lopez and Saelens in The Matt Barber Experience, Barber has frequently performed alongside singer/songwriter and multi-instrumentalist Brother Day Kelly – famed for his work with Stevie Wonder, James Brown, and the Ray Charles Orchestra – as “The Jazz Brothers,” with which Barber accompanied by Day on vocals, trumpet, and soprano saxophone. He has also been a co-star in the long-running touring production Love Is a 4-Letter Word, a musical comedy that finds Barber and his co-stars crooning such timeless hits as “Moon River,” How Do You Keep the Music Playing,” and the Sinatra classic “My Way.”

Performing in his first live show since before the COVID-19 pandemic, Barber brings The Matt Barber Experience to the Grape Life Wine Store & Lounge on July 2, the two-hour concert event begins at 8 p.m., and more information is available by calling (563)355-7070 or visiting TheGrapeLife.com or MattBarberExperience.com.