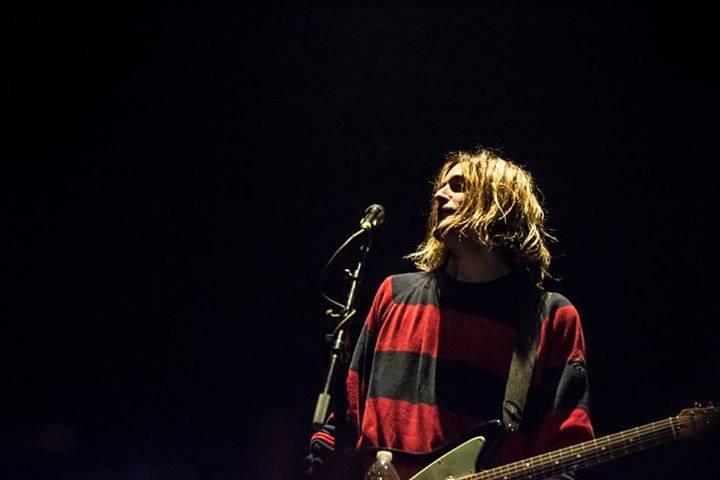 Performing chart-topping grunge classics such as “Heart-Shaped Box,” “About a Girl,” “You Know You're Right,” and the iconic “Smells Like Teen Spirit,” the tribute artists of The Nirvana Experience take the stage at Davenport's Rhythm City Casino Resort Event Center on July 13, delivering a night of thrilling vocal and instrumental accuracy packed with hits from the Seattle band's albums Bleach, In Utero, and the '90s seminal Nevermind.

Formed in 2012 and based in Houston, Texas, The Nirvana Experience features band members Tony Casella, Ivan Garcia, and Mike Carnahan assimilating the styles and stage personae of Nirvana's Kurt Cobain, Krist Novoselic, and Dave Grohl. The tribute musicians were selected to be on season three of AXS TV's The World's Greatest Tribute Bands in 2014, and the show not sold out the world-famous Whiskey a Go-Go in Hollywood, but had more request for tickets than any other band in the series' three seasons on air. The Nirvana Experience also played the country's largest weekend biker rally – The Lonestar Rally – in Galveston, Texas, as well as Texas' JACK FM Throwback Festival, the nation's biggest annual tribute-music fest.

In the late 1980s, Nirvana established itself as part of the Seattle grunge scene, releasing its first album Bleach for the independent record label Sub Pop in 1989. They developed a sound that relied on dynamic contrasts, often between quiet verses and loud, heavy choruses, and after signing to major label DGC Records in 1991, Nirvana found international success with “Smells Like Teen Spirit,” the first single from their landmark second album Nevermind that sold over 30 million copies worldwide. Nirvana's sudden success popularized alternative rock, and the late Cobain found himself described as the “spokesman of a generation” and Nirvana the “flagship band” of Generation X. Nirvana also received a Grammy Award, an American Music Award, and seven MTV Video Music Awards, and have sold more than 75 million records worldwide, making them one of the best-selling bands of all time.

The Nirvana Experience plays the Rhythm City Casino Resort Event Center on July 13, admission to the 8 p.m. show is $15-20, and more information and tickets are available by calling (844)852-4386 or visiting RhythmCityCasino.com.