The Rose Ensemble, January 15 through 18 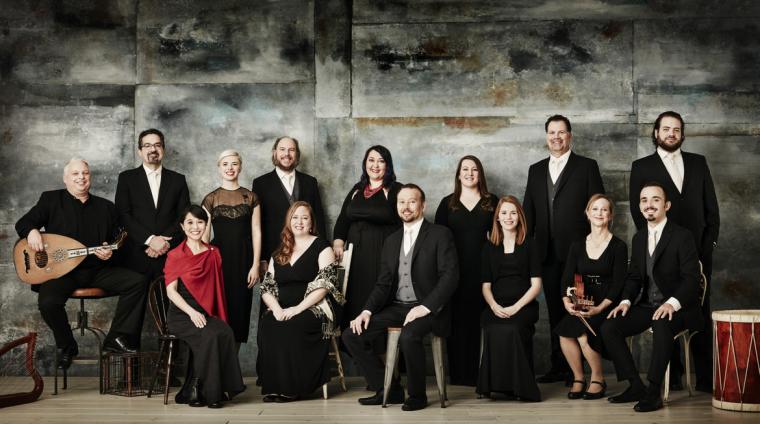 With the Milwaukee Journal Sentinel raving that “they sing and play with a lusty ease that blows the dust off old music,” the vocal and instrumental talents of the Rose Ensemble serve as the latest guests in Quad City Arts' Visiting Artists series, their January 15 through 18 concert events sure to prove why the Duluth News Tribune stated, “The Rose Ensemble always creates a colorful blend of text and tune, woven together for a seamless tapestry of music from distant times and places.”

Founded in 1996 by Artistic Director Jordan Sramek and dedicated to the sounds of Medieval music and the dramatic musical telling of ancient yet relevant tales, the Rose Ensemble is based in St. Paul, Minnesota, and enjoys a full schedule of performing, recording, and outreach. Through virtuosic artistry and scholarly research, the group produces imaginative and inspiring musical performances and educational programs that strive to connect each individual to compelling stories of human culture and spirituality from around the world. Each season, the group illuminates centuries of rarely heard repertoire, bringing to modern audiences research from the world’s manuscript libraries and fresh perspectives on music, history, languages, politics, and religion. With 11 commercial recordings and a diverse selection of concert programs to its name, the Rose Ensemble has thrilled audiences across the U.S. and Europe with repertoire spanning 1,000 years and 25 languages, including new research in European, Middle Eastern, and American traditions.

Recognized as a leader and innovator in the world-wide vocal music scene, the Rose Ensemble tours regularly, with recent appearances including at Cornell University, Luther College, the J. Paul Getty Museum in Los Angeles, and Washington D.C.'s National Gallery. In 2012, the group served as artists in residence at the Society for Biblical Literature Conference, and in 2013, the musicians performed a St. Quirinus Cathedral in Neuss, Germany. The following year, the Rose Ensemble was chosen to represent the United States at the international Baroque music festival Misiones de Chiquitos in Bolivia, and later made its debut performance with the Minnesota Orchestra. The group represented the United States in Barcelona at the 11th World Symposium on Choral Music in 2017 and was the recipient of the 2018 Laurette Goldberg Award for Lifetime Achievement in Early Music Outreach and the 2005 Margaret Hillis Award for Choral Excellence. Having taken first place in both secular and sacred categories at the 2012 Tolosa International Choral Competition in Spain, the group can also be heard regularly on WFMT Chicago, American Public Media, the European Broadcasting Union, and NPR’s Performance Today.

The Rose Ensemble will perform its full public concert as Quad City Arts Visiting Artists at Davenport's First Presbyterian Church on January 17, with admission $10-15 for the 7:30 p.m. event. Free, abbreviated versions of the concert will also be performed at a trio of area locations during the group's residency: at Muscatine's Wesley United Methodist Church (400 Iowa Avenue) at 2 p.m. on January 15; at Moline's Galena Brewing Company (1534 River Drive) at 7 p.m. on January 16; and at Rock Island's Hauberg Civic Center Mansion (1300 24th Street) at 10 a.m. on January 18. A PASS-concert event, with $50 admission, will also be held at St. Ambrose University's Rogalski Center at 6:30 p.m. on January 15.