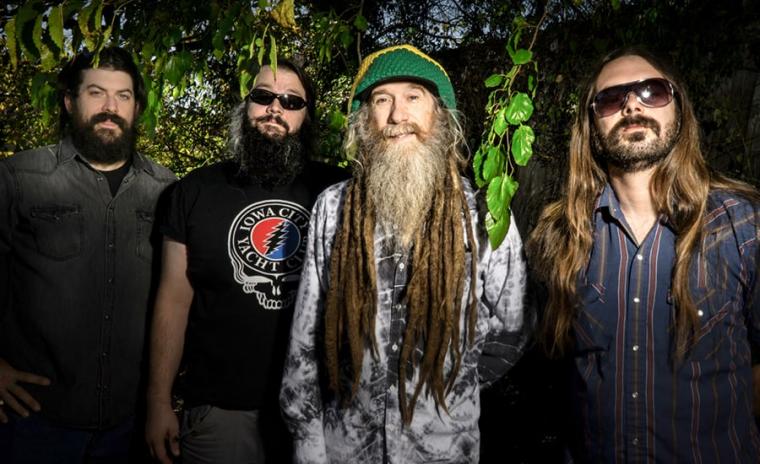 On April 2 and 3, the long-awaited return of live music at the Rock Island Brewing Company will be celebrated with concert sets by venue favorites The Schwag, who, in the band's 30th year as professional Grateful Dead tribute artists, will perform from a repertoire that includes such classics as “Uncle John's Band,” “Truckin,” “Alabama Getaway,” and the chart-topping “Touch of Grey.”

Based in St. Louis, Missouri, and composed of bass player Jimmy Tebeau, guitarist Michael Morrow, drummer Dave Clar, and keyboardist Nick Stanford, The Schwag has spent the past quarter-century-plus dedicated to carrying on the vibe and music of the legendary group co-founded by Jerry Garcia. Since its foundation in 1991, and until the last year's nationwide closing of live-music venues, The Schwag has played over 3,000 concerts across the United States and has averaged 150 shows a year, performing from a song list of over 200 recordings in the Grateful Dead and Jerry Garcia Band catalogs. Band leader Tebeau also toured the country as the bass player for JGB (Jerry Garcia Band), and his tribute outfit has opened for notable acts including String Cheese Incident, the Marshall Tucker Band, Leftover Salmon, Sammy Hagar, Little Feat, and Railroad Earth.

For many years, The Schwag hosted its own Schwagstock music festivals at the band-owned venue Camp Zoe in Missouri, drawing crowds of an average of 5,000 people per event several times per summer. Some of the groups opening for The Schwag at these festivals were George Clinton & Parliament Funkadelic, Keller Williams, Big Brother & the Holding Company, and New Riders of the Purple Sage, and additional guest musicians who've played with The Schwag over the years have included Chuck Berry, the Allman Brothers Band's Butch Trucks, Phish's Mike Gordon, and the Grateful Dead's own Vince Welnick. Honorary band members for full Schwag shows, meanwhile, have included famed keyboardist Merl Saunders, Rock and Roll Hall of Fame inductee Johnnie Johnson, and Honeytribe bandleader Devon Allman, and in 2005, the Missouri House of Representatives passed a resolution applauding Jimmy Tebeau for his “entrepreneurial spirit and creative skills.”