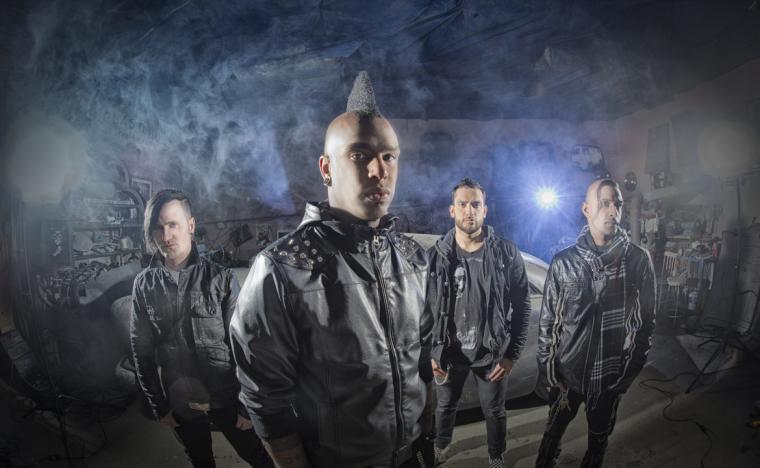 The Veer Union at the Redstone Room -- April 25.

Appearing locally a mere four days after the release of their latest album – a fully re-recorded, remixed, and remastered 10-year-anniversary edition of their Against the Grain debut – the Canadian post-grunge rockers of The Veer Union play Davenport's Redstone Room on April 25, their 2018 album Decade II: Rock Acoustic inspiring XSRock.com to state, “If Decade II doesn't get your blood pumping, there is a good chance that you might not even be alive.”

Based in Vancouver and formed in 2004 by vocalist Crispin Earl and guitarist Eric Schraeder under the original band moniker Veer, the rockers independently released their debut album Time to Break the Spell in 2006, and were soon touring with such groups as Hinder, Theory of a Deadman, Seether, and Black Stone Cherry. Their touring success attracted major-label interest that led to the musicians signing with Universal Motown Records – changing their name to The Veer Union in the process – and the band released its first studio album Against the Grain on April 21, 2009. The recording went on to reach number 32 on Billboard's Top Heatseekers chart, while its first single “Seasons” hit number 10 on Billboard's Hot Mainstream Rock Tracks chart, number 16 on the Rock Songs chart, and number 30 on Alternative Songs.

Having subsequently recorded 2012's Divide the Blackened Sky, 2016's Decade and 2018's Decade II, and a trio of EPs, The Veer Union is currently composed of lead vocalist Earl, lead guitarist Dan Stiller, rhythm guitarist Ryan Ramsdell, and drummer Ricardo Viana, with the musicians now performing their 10th-Anniversary Tour in support of Against the Grain's April 21 re-release. Beyond the successes of their recent singles “Living Not Alive,” “Numb,” and “Defying Gravity,” the musicians are also enjoying some of their finest critical notices to date with the raves for their last album Decade II: Rock Acoustic. Giving the recording a 9/10 rating, New-Transcendence.com wrote that the album “flows with rocking vocals and solid drums” and that Crispin's “vocals go from crooning to screams and back again effortlessly.” And according to Side Stage magazine, which also gave Decade II a 9/10 rave, the album delivers both “a collecection of alt-metal tunes that will remind you why you love this genre” as well as “intimate and touching” songs that “offer a bew way to hear this genre of music.”

The Veer Union plays the Redstone Room on April 25 with opening sets by Never Wake, Discrepancies, and Alborn, admission to the 7:30 p.m. concert is $15, and more information and tickets are available by calling (563)326-1333 or visiting RiverMusicExperience.org.