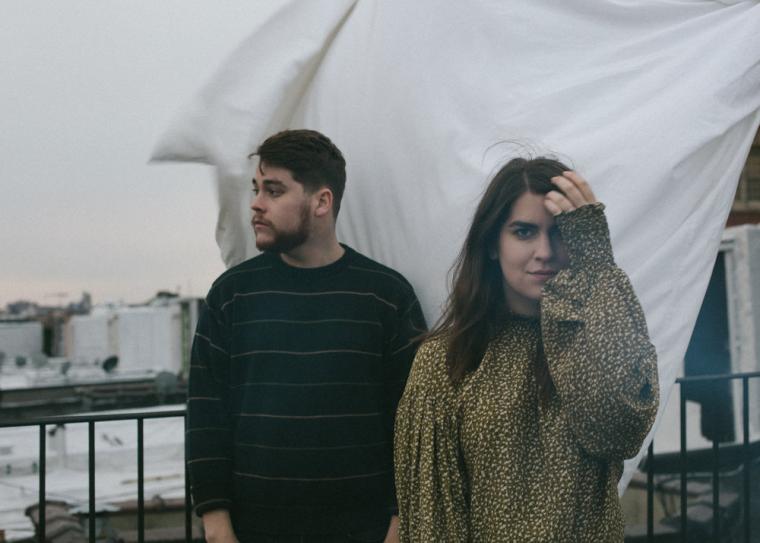 The Western Den at the Redstone Room -- February 2.

Appearing locally just one day after the release of their debut album A Light Left On, the alternative-folk musicians of The Western Den – pianist Deni Hlavinka and guitarist Chris West – headline a February 2 concert at Davenport's Redstone Room, treating patrons to a sound that, according to Broadway World, finds the duo “pushing out into orchestral, ethereal, and chordally complex territory while preserving their sweeping vocal harmonies.”

Formed in 2013 by Berklee College of Music students Hlavinka and West, who actually first met online, The Western Den's moniker came about through a combination of its musicians names (“West” and “Deni”), and debuted with the release of the 2013 EP Battle Hymns. By year's end, another EP emerged in December's Midwinter, designed to raise money for victims of Typhoon Haiyan in the Philippines. After raising more than $1,000 through the album's success, the Western Den duo was invited to open for Melissa Ferrick on her national tour and perform with the Boston Pops at the renowned Boston Symphony Hall. And prior to Hlavinka's and West's 2015 graduation from Berklee, a third EP was released in that March's All the Birds, which underscored the perfection of The Western Den's musical pairing. As is stated on the alt-folk artists' Web site: “To find a musical soulmate, someone with whom to explore your innermost feelings, unite artistic languages, and craft a shared voice is a daunting, even mysterious, undertaking. Some writers spend years searching and never uncover the other half they seek; for others, a partnership just flicks on like a light.”

Beyond the musicians' acclaimed live performances, songs from The Western Den's forthcoming album debut A Light Left On have been wowing music reviewers, suggest that the pair will be enjoying significant critical praise for many years to come. According to Atwood magazine, “the band’s introspective new song 'Hem' electrifies with stirring warmth and subtle emotional energy as they explore individuality, partnership, place and purpose.” MeAndThee.org, meanwhile, raved that The Western Den's “spot-on harmonies and interesting song arrangements channel musical influences from the past and future and are intriguing and mesmerizing.”

The Western Den performs its February 2 concert at Davenport's Redstone Room with opening sets by BEEs and Wild Age, admission is $10, and more information and tickets are available by calling (563)326-1333 or visiting RiverMusicExperience.org.