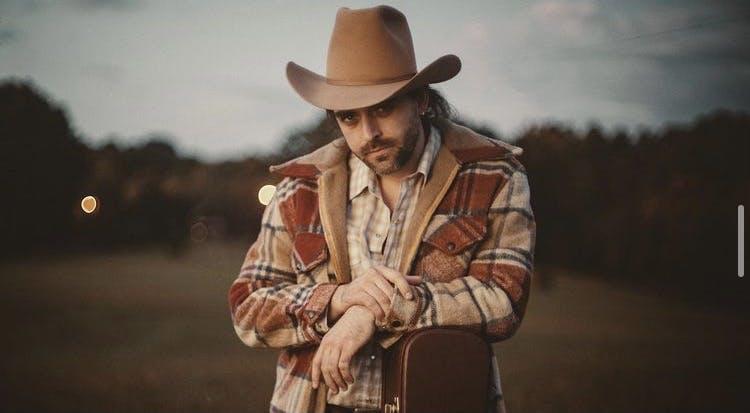 Timbo at the Redstone Room -- October 22.

Making his Quad Cities debut in support of his debut EP, Nashville-based country singer/songwriter Timbo plays Davenport's Redstone Room on October, the nascent artist's first six-song collection lauded by American Highways' Mason Winfree as a work that “weaves a thread through the emotions of loneliness, longing, and dependency and leaves the listener yearning for more.”

Regarding Timbo's 2020 recording Brand New Feeling, American Highways continued to rave, “The EP kicks off with the wonderfully melodic number 'Waiting,' where Timbo ponders the return of a former lover who has just arrived back in town and contemplates his actions that may have pushed her away. Set against the backdrop of a dimly lit bar, steeped in the state of yearning desire, 'Waiting' sets the stage for the rest of the EP by demonstrating Timbo’s timeless country sound, featuring plenty of steel and fiddle, as well as his brilliant songwriting. Timbo conjures up a smooth melodic tribute to his home state with 'Gentle Breeze of Tennessee.' The imagery in the song is just plain gorgeous: 'gentle breeze of Tennessee / I can hear her melody / hand in mine we ride again / I’m a sing into the wind / listening to her precious harmony.' The lyrical content coupled with an excellent use of a weeping steel easily makes the song a personal favorite amongst the collection and, from personal experience, a perfect tune to listen to on an afternoon drive in the Appalachian Mountains.

"Drinking songs have long been a fixture within the lexicon of country music, and with the tune 'Drink All Night,' Timbo proves just why the formula works so well. The song kicks off with the line: 'When I lost my trust in you / I found the bottle … .' From the opening words, the flood gates have opened and the feeling takes hold. Timbo breathes new life into a familiar concept in country music; drinking away the memory of the woman who left, and it has never sounded so fresh. [And] the EP closes out with the lamenting cautionary tale, 'The Liars Lullaby,' which recollects the broken promises that amounted over the course of a relationship and the pining to actually live out the experiences that were promised before the relationship dismantled. The song offers up a narrative of reflection and consideration which is a prominent concept throughout the course of the entire EP. Brand New Feeling offers country-music fans a little taste of a native Nashvillian’s artistry. Timbo’s idiosyncratic sound stands out amongst what the masses commonly associate with country music today and it is a sound that deserves to be heard way beyond the limits of Music City.”

Timbo plays his Redstone Room engagement on October 22 with opening sets by Angela Meyer and JD Aguilera, admission to the 7 p.m. concert is $10-12, and more information and tickets are available by calling (563)326-1333 and visiting RiverMusicExperience.com.