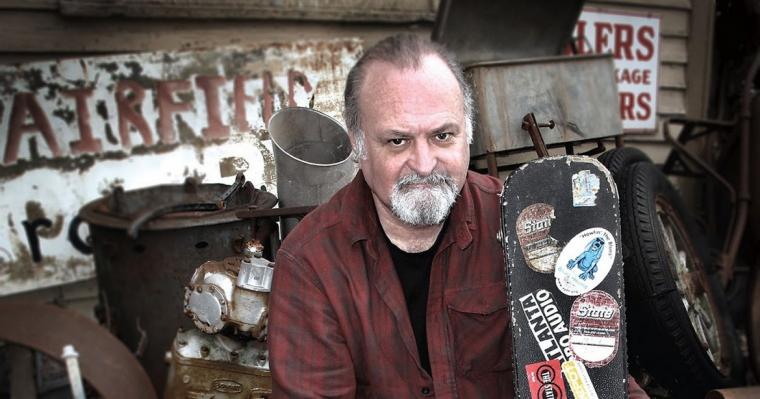 Singer/songwriter Tinsley Ellis' January release Winning Hand was lauded by NoDepression.com for “combining soulful vocals with with an aggressive guitar attack acquired from a variety of raucous bluesmen and rockers,” and in the Restone Room's March 16 concert, audiences will sense why, according to Billboard, “nobody has released more consistently excellent blues albums than Atlanta's Tinsley Ellis.”

Ellis' music career began in 1975 when he played guitar with the Haygood Band while attending Emory University near Atlanta, and two years later, he joined his first professional blues band The Alley Cats, a group that included Preston Hubbard of The Fabulous Thunderbirds. After graduating from Emory in 1979 with a degree in history, Ellis co-founded The Heartfixers with singer and harmonica player Chicago Bob Nelson, and consequently recorded three albums for the Landslide record label before signed with Chicago's Alligator Records in 1988.

Over the three decades since, Ellis has released 16 solo albums including his critically lauded Winning Hand, and has shared stages with artists including Widespread Panic, the Allman Brothers Band, Warren Haynes, Willie Dixon, Koko Taylor, Albert Collins, and Buddy Guy. Additionally, Ellis has performed in all 50 states as well as in Canada, Austraia, South America, and Western and Eastern Europe, and last year, he launched the new side project Tinsley Ellis Blues Is Dead in which he performs blues and R&B songs by the Grateful Dead and other Fillmore-era acts. As Rolling Stone raved, “"On assertive originals and standards by the likes of Jimmy Reed and Junior Wells, Atlanta's Tinsley Ellis unleashes feral blues guitar. Nonstop gigging has sharpened his six-string to a razor's edge … his eloquence dazzles … and he also achieves pyrotechnics that rival early Jeff Beck and Eric Clapton.”

Tinsley Ellis' March 16 performance features an opening set by Wooden Nickel Lottery, and tickets to the 8 p.m. show are $18-22. For more information and reservations, call (563)326-1333 or visit RiverMusicExperience.org.