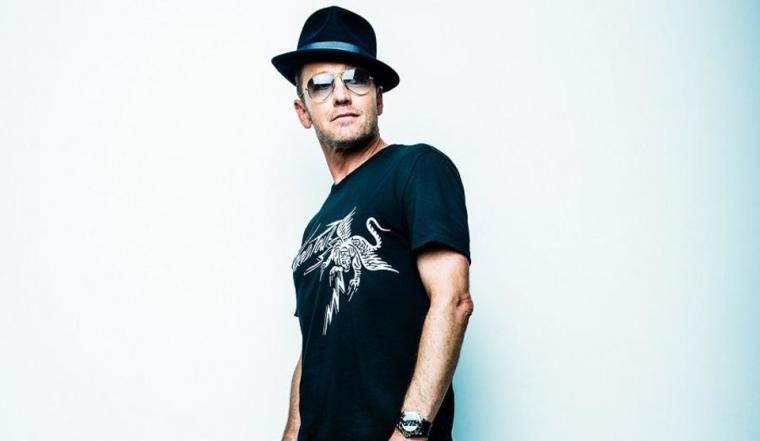 TobyMac at the TaxSlayer Center -- October 2.

Serving as the latest stop on the musician's “Hits Deep Tour,” Moline's TaxSlayer Center hosts an October 2 concert with the Grammy-winning, chart-topping TobyMac, whose extensive, critically acclaimed discography has made him one of the best-selling artists in contemporary-Christian and hip-hop history.

After more than three decades of performance, the 56-year-old TobyMac has charted 20 solo singles on Billboard's Christian Songs list. Initially, he was known for being a member of the Christian vocal trio DC Talk, and staying with the outfit from 1987 until their hiatus in 2000. He has since continued a successful solo career with the release of seven studio albums, five remix albums, two live albums, and two EPs, and with 2012's Eye on It, became only the third Christian artist to have a number-one debut on the Billboard 200 chart.

Between DC Talk and his own solo career, TobyMac has sold more than 10 million albums and has won seven Grammy Awards, three of them as a solo artist. Among his six chart-topping singles are the smash hits “Gone,” “Made to Love,” and “Lose My Soul,” with five of his singles reaching number-one on Billboard's Christian Songs chart. For 2016's This Is Not a Test, TobyMac not only received a Grammy for Best Contemporary Christian Music Album, but a GMA Dove Award for Pop/Contemporary Album for the Year, making that the 19th Dove Award citation he received since his first acknowledgment in 2002.

In January of 2018, the artist released "I Just Need U,” which debuted at number one on the Hot Christian Songs chart, and that October, The Elements became TobyMac's fifth album to top the Christian Albums chart on Billboard. The Lost Demos, an EP of recovered demo tracks, debuted last year May, and 2021 also saw the release of "Separate Altogether Acoustic" music videos featuring the Diverse City band, TobyMac's daughter Marlee McKeehan, and Gotee Records colleague Michael Cochren. More recently, this past February's February's "Help Is on the Way (Maybe Midnight)" premiered as a single, and topped the rankings on three separate Billboard Christian-music charts.