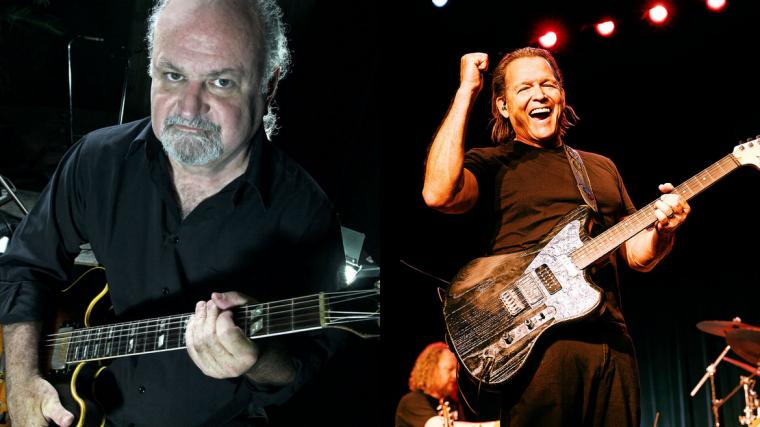 “The T'N'T Tour”: Tommy Castro & the Painkillers and Tinsley Ellis at the Redstone Room -- November 13.

Two exhilarating blues legends will deliver one explosive concert at the Redstone Room on November 13 when the Davenport venue hosts the latest stop on the “T'N'T Tour” – a hard-driving, toe-tapping showcase for blues-rock crooners and guitarists Tommy Castro (performing alongside his ensemble The Painkillers) and Tinsley Ellis.

Lauded by the Washington Post for his “aggressive, inspired attack on vocals” and by Living Blues for his “energizing, scorching, soul-shaking music,” the 64-year-old Castro began playing professionally in Bay Area cover bands in the 1970s, joining the Warner Bros. Records band The Dynatones the following decade. Since 1991, Castro has led his own bands and released his Blind Pig debut Exception to the Rule in 1996, which won the 1997 Bay Area Music Award for Outstanding Blues Album and Castro himself the citation for Outstanding Blues Musician. The Tommy Castro Band also served as the house band for three seasons on NBC's Comedy Showcase in the mid-'90s, and in 2001 and 2002, B.B. King asked Castro to open his summer concert tours. His 2007 recording Painkiller won the Blues Music Award for Contemporary Blues Album of the Year, and two years later, for Castro's Hard Believer, the Blues Music Foundation awarded Castro multiple Blues Music Awards, including recognition for Blues Male Artist of the Year, Contemporary Blues Album of the Year, B.B. King Entertainer of the Year, and, with his ensemble, Band of the Year. According to Blurt magazine, “Castro has a soulful voice, searing guitar, and is an excellent songwriter and vocalist. If you close your eyes, you will be convinced that you are listening to Otis Redding singing in 1967.”

With Billboard magazine stating, “Nobody has released more consistently excellent blues albums than Atlanta's Tinsley Ellis,” the artist's music career began in 1975 when he played guitar with the Haygood Band while attending Emory University near Atlanta. After graduating from Emory in 1979 with a degree in history, Ellis co-founded The Heartfixers with singer and harmonica player Chicago Bob Nelson, and consequently recorded three albums for the Landslide record label before signed with Chicago's Alligator Records in 1988. Over the three decades since, Ellis has released 16 solo albums including his critically lauded 2018 recording Winning Hand (which debuted at number one on Billboard's Blues chart), and has shared stages with artists including Widespread Panic, the Allman Brothers Band, Warren Haynes, Willie Dixon, Koko Taylor, Albert Collins, and Buddy Guy. Additionally, Ellis has performed in all 50 states as well as in Canada, Australia, South America, and Western and Eastern Europe, and last year, he launched the new side project Tinsley Ellis Blues Is Dead in which he performs blues and R&B songs by the Grateful Dead and other Fillmore-era acts. As Rolling Stone raved, “On assertive originals and standards by the likes of Jimmy Reed and Junior Wells, Atlanta's Tinsley Ellis unleashes feral blues guitar. Nonstop gigging has sharpened his six-string to a razor's edge … his eloquence dazzles … and he also achieves pyrotechnics that rival early Jeff Beck and Eric Clapton.”

Tommy Castro & the Painkillers and Tinsley Ellis bring their “T'N'T Tour” to the Redstone Room on November 13, admission to the 7:30 p.m. concert is $30-35, and more information and tickets are available by calling (563)326-1333 or visiting RiverMusicExperience.org.