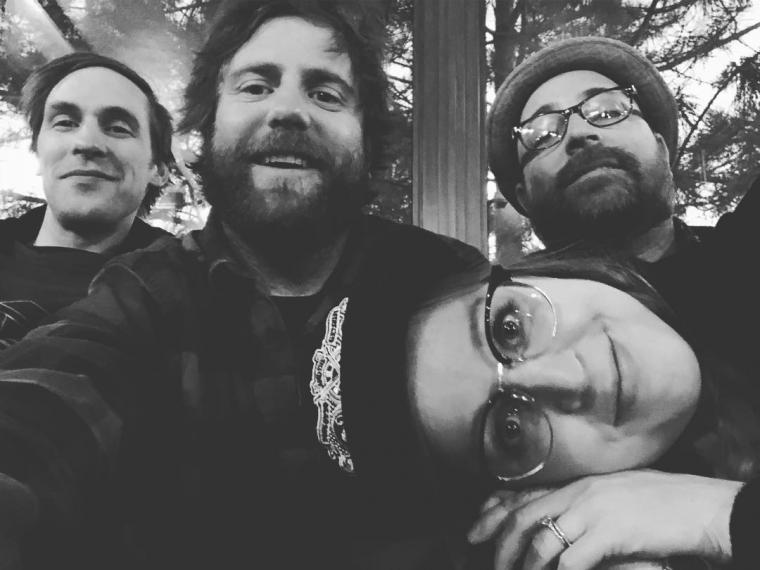 Two Many Banjos at RIBCO -- December 20.

Visiting the Quad Cities from Duluth, and composed of Minnesota musicians Marc Gartman, Dave Carroll, Jillian Rae, and Steve Garrington, the bluegrass quartet Two Many Banjos takes the stage at the Rock Island Brewing Company on December 20, their self-titled debut album described by the Duluth News Tribune as “a worthy addition to any collection,” with the paper adding “what sets this group apart is the heart that maestro Gartman puts into every single recording he has a hand in.”

Originating in the spring of 2007, Two Many Banjos had its start when Gartman, of The Gallows, and Carroll, of Trampled by Turtles, randomly united to see what two banjo musicians playing together would sound like as frontmen for a band. Intrigued by the results, they recorded a handful of songs at Gartman's home studio in Duluth with the initial intention of performing solely as a duo. Deciding they could significantly build their already promising sound, however, upright bass player Karl Anderson was invited to join the pair in area shows, and his joining Two Many Banjos led to the arrivals of fiddler Jillian Rae (then Jillian Lantry) and percussionist Charlie Parr. Following the release of 2007's self-titled album, Two Many Banjos consequently released four others in consecutive years: 2008's Give Me Time, 2009's Can't Slow Me Down, 2010's POW, and 2011's I'm Not Scared of the Devil.

As expressed in the liner notes for Two Many Banjos' album debut: “All the members of TMB have had their share of creative bluegrass experiences so the idea was to come up with as many diverse and exploratory directions as possible. The bulk of material that makes up their debut record consists of material Marc wrote specifically for this project. The songs are rooted in deep tradition but with a contemporary twist. They perform the music as they think it may have sounded, approximately anyway, before the birth of recording technology while seeking to put new skin on old bone; to create a modern original music out of archaic elements.”

Two Many Banjos plays its Rock Island concert on December 20 with an opening set by Jenny Lynn Stacy, admission to the 9 p.m. show is $5, and more information is available by calling (309)793-1999 or visiting RIBCO.com.