Twice Is Nice: An Evening with Deer Tick, October 24 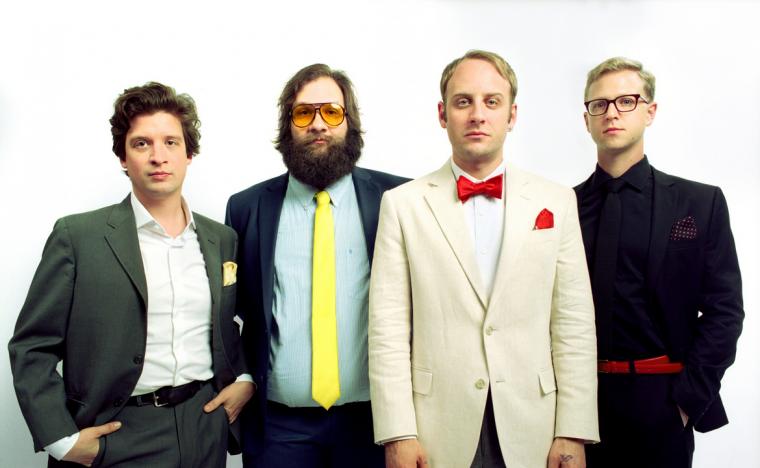 Performing a “two-act” concert featuring both acoustic and electric sets, the alternative rockers from Rhode Island play in support of their new albums Deer Tick Vol. 1 and Deer Tick Vol. 2 – releases that, as was stated on NoDepression.com, “represent a clear-headed and progressive move for a band that loves to push the envelope.”

Composed of singer/songwriter John J. McCauley, guitarist Ian O'Neil, bassist Chris Ryan, and drummer Dennis Ryan, Deer Tick released three albums – 2007's War Elephant, 2008's Born on Flag Day, and 2010's The Black Dirt Sessions – prior to its 2010 network-television debut on Late Show with David Letterman. After their performance, a deal was signed with French label Fargo Records to distribute all three albums throughout the United Kingdom and Europe, based largely on a rave from Britain's renowned music journalist Allan Jones: “Deer Tick noisily essayed the kind of rock 'n' roll you don’t hear these days as often as you’d maybe like – the sort that lights up everything around it like a burning house.”

With the band's alt-rock stylings also influenced by folk, blues, and country, Deer Tick Vol. 1 and 2 arrive as the group's first new records since the release of 2013's Negativity, and have already received widespread acclaim. According to Consequence of Sound, “Deer Tick have long been a band beloved for their ability to be masterful in their jack-of-all-trades approach to songwriting, and that’s never been more clear than on these two self-titled albums.”

Appearing in a co-presentation by the Codfish Hollow Barnstormers and Moeller Nights, Deer Tick's area performance in its “Twice Is Nice” tour is preceded by a set with comedian Chris Crofton. Tickets are $35-40, and more information and reservations are available by visiting CodfishHollowBarnstormers.com.