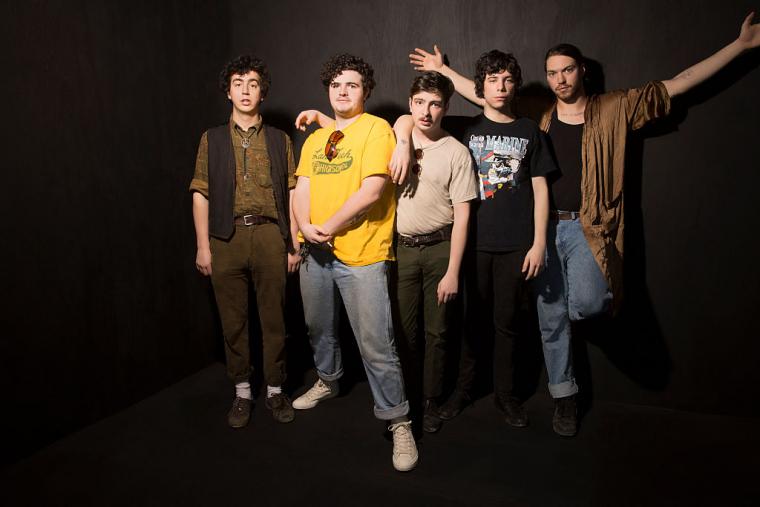 With their 2016 album Down in Heaven described by Pitchfork.com as “a casual, charmingly low-key set of kitchen-table blues, slow-dance serenades, and unplugged power pop,” the Chicago-based rockers of Twin Peaks perform a March 16 Moeller Nights concert at the Village Theatre, demonstrating why music site TheLineOfBestFit.com raved, “Twin Peaks have become not just one of the most exciting young bands in the Chicago music scene, but in the entire rock landscape.”

Twin Peaks was formed in 2010 by Chicago natives Cadien Lake James (vocalist/guitarist), Clay Frankel (guitarist), Jack Dolan (bassist), and Connor Brodner (dummer) – friends from elementary school who first began playing together near the end of high school, and went on tour during their senior year. Before hitting the road, the band quickly recorded the album Sunken in James' basement as a way to help finance the tour, and the self-produced release caught the ear of staffers at Autumn Tone Records, which issued the album through their label in the summer of 2013.

The band's debut was an immediate hit, with Spin magazine praising Twin Peaks for its “garage rock so energetic and earnest that critics carted out obvious comparisons to the Kinks, the Stones, and even the Replacements.” Sunken was consequently followed by the group's sophomore release Wild Onion – one of whose producers, keyboardist Collin Croom, would join the band in 2016 – with landed mere weeks after Twin Peaks performed a headlining set at the 2014 Pitchfork Festival. Performances at numerous other festivals (Lollapalooza among them) followed amid a relentless touring schedule, with the band making multiple trips across the U.S. and into Canada, Mexico, the United Kingdom, and Western Europe. In 2016, Down in Heaven found Twin Peaks drawing inspiration from the reflective tone of the Beatles' and Rolling Stones late-'60s output, and last year, the group released the live double album Urbs in Horto, recorded over three nights at Chicago's Metro and Thalia Hall.

Twin Peaks plays the Village Theatre with an opening set by The Districts, and tickets to the 7 p.m. concert are $15. For more information and reservations, visit MoellerNights.com.