Two Evenings with Dawes, August 2 and 3 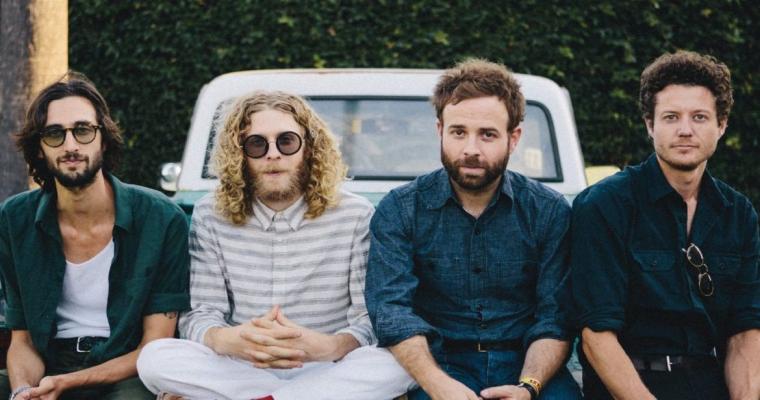 Dawes at the Codfish Hollow Barn -- August 2 and 3.

Lauded by NPR for songs that are “bright, approachable, outward-facing throwbacks to the best in classic countrified rock” while also “a canvas for serious, sometimes enormously ambitious ruminations on the meaning of life,” the indie-rock and -folk artists of Dawes enjoy a two-night booking at Maquoketa's Codfish Hollow Barn on August 2 and 3, their “Two Evenings with Dawes” event treating fans a repertoire ranging from the band's 2009 North Hills debut to 2018's Passwords.

Dawes was formed from the band Simon Dawes after the departure of co-songwriter Blake Mills, abandoning its post-punk sound in favor of folk rock. At the invitation of producer Jonathan Wilson, the musicians joined a local informal jam session that included Conor Oberst, The Black Crowes' Chris Robinson, and Benmont Tench, and recorded their debut album North Hills in Laurel Canyon in a live setting to analog tape, resulting in a sound that Rolling Stone called “authentically vintage.” Dawes went on to make its television debut on The Late Late Show with Craig Ferguson in April of 2010 and released its second album Nothing Is Wrong the following June, consequently touring the United States as co-headliners with Blitzen Trapper. The musicians' public awareness increased when their song “Just Beneath the Surface” from 2013's Stories Don't End was featured in an episode of the animated series American Dad!, and in April of 2015, Dawes performed on The Late Show with David Letterman, paying tribute to Warren Zevon with its cover of “Desperadoes Under the Eaves.”

Two months later, Dawes' fourth album All Your Favorite Bands was released, with the fifth – We're All Gonna Die – landing in September of 2016. The record marked a distinct change of style, building on the band's previous Laurel Canyon folk rock sound with a sonic twist, adding in more synthesized keyboard sounds, heavier bass, and an overall different sound for the group, though the musicians continued to stay true to their roots. In November of 2016, the ensemble announced its first “An Evening with Dawes” tour, which found the group performing for between two and three hours with no opening act and a short intermission. Dawes' current “Two Evenings with Dawes” consequently gives fans twice the folk-rock experience with their performances boasting songs from the group's 2018 recording Passwords, which returning producer Jonathan Wilson called “for and about the modern age: the relationships that fill it, the politics that divide it, and the small victories and big losses that give it shape.”

Dawes takes the Codfish Hollow Barn stage at 8 p.m. on August 2 and 3, admission is $40 per night, and more information and tickets are available by visiting MoellerNights.com or CodfishHollowBarnstormers.com.