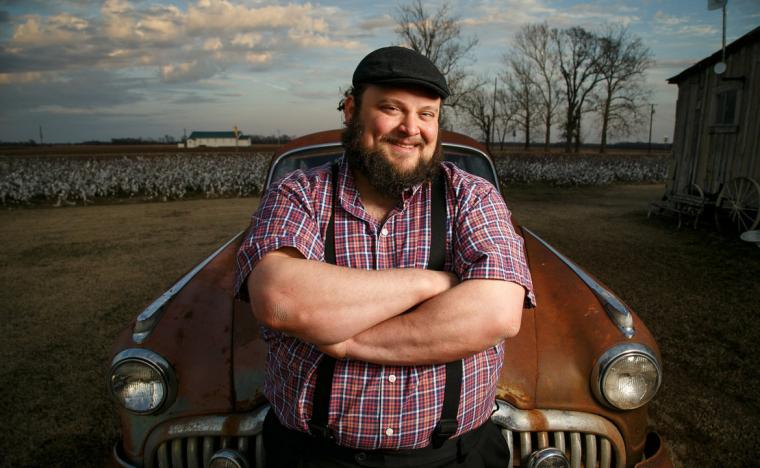 A native of Savannah, Georgia, whose father and grandfather were both seasoned blues musicians, the 38-year-old Wainwright met musician Stephen Dees – a former member of the popwer-pop and New Wave group Novo Combo – in 2004, and their meeting led to Dees co-writing and producing Wainwright's debut album Piana from Savannah the following year. Wainwright and Dees consequently joined forces under the name of Victor Wainwright & the WildRoots, in which the men shared vocal duties, with the former also on keyboards and the latter on bass and guitar. In September of 2009, they and their fellow bandmates released WildRoots Records' Beale Street to the Bayou, an album that was praised by critics and placed on the Root Music Report "Top 50 Blues," the Blues Internet Charts, the Tennessee Roots Charts, and Europe's Collectif des Radio Blues Charts. The following year, Wainwright appeared at Dark Season Blues in Norway and then performed at the South Florida Boogie Woogie Piano Festival in 2011, the same year that saw the release of Victor Wainwright & the WildRoots' Lit Up! That album reached the number-one spot on Sirius/XM's B.B. King's Bluesville channel's "Pick To Click," number two on the Collectif des Radio Blues Charts, and number 13 on the Living Blues Radio Chart.

Since then, Wainwright went on to release 2013's Easy Livin', 2015's Boom Town, and last year's Victor Wainwright & the Train, a recording that earned the artist his first Grammy Award nomination in the category of Best Contemporary Blues Album. Other accolades have included a 2016 Blues Blast Award for Comtemporary Album of the Year, two Blues Music Awards for Pinetop Perkins Piano Player of the Year, and the 2016 Blues Music Award for the B.B. King Entertainer of the Year. Wainwright's reviews, meanwhile, have continued to escalate along with the artist's fame. The Chicago Blues Guide wrote, “Wainwright is all about boogie-woogie piano, deep soul, and a voice that recalls Dr. John at his best. He is a blues star, a tremendous player.” And according to Living Blues magazine, ““Wainwright serves as an electrifying guide to a good time-spinning tales, telling his listeners how to beat the blues, and meticulously conjuring raw soul and energy out of his acoustic piano.”

Victor Wainwright plays the Redstone Room on December 11 with an opening set by John Resch & Doggin' Out, admission to the 7:30 p.m. concert is $15-18, and more information and tickets are available by calling (563)326-1333 or visiting RiverMusicExperience.org.