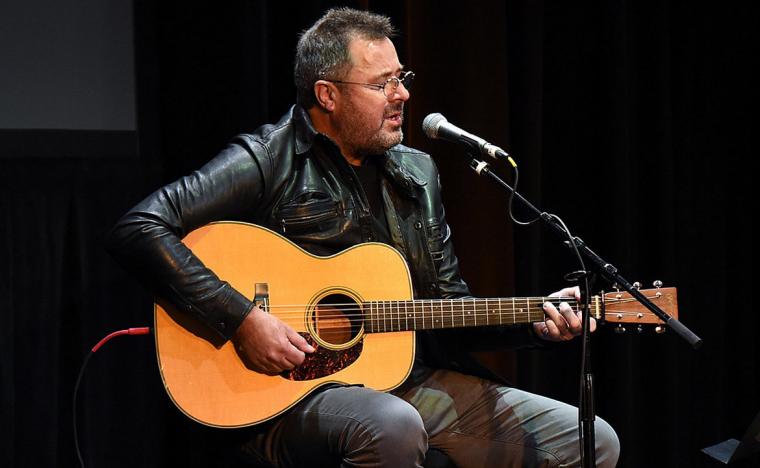 Having charted 67 tunes – six of them number-one hits – on the Billboard Hot Country Songs chart between 1985 and 2017, legendary country-pop artist Vince Gill makes his long-awaited appearance at Davenport's Adler Theatre on August 14, performing from a solo repertoire that dates from 1985's The Things That Matter to his new Okie, the latter scheduled for release on August 23.

A singer, songwriter and multi-instrumentalist, Gill has achieved commercial success and fame both as frontman to the country-rock band Pure Prairie League (for whom he sang lead on “Lead Me Love You Tonight”) in the 1970s and as a solo artist beginning in 1983, with his talents as a vocalist and musician placing him in high demand as a guest vocalist and duet partner. Gill has recorded more than 20 studio albums and has sold more than 26 million total, and has been honored by the Country Music Association with 18 CMA Awards, including two as “Entertainer of the Year” and five as “Male Vocalist of the Year.” The artist has also earned 21 Grammy Awards, more than any other male country music artist in history, and in 2007, Gill was inducted into the Country Music Hall of Fame. He was also inducted into the Guitar Center Rock Walk by Joe Walsh of the Eagles.

With Gill also a member of the Grand Ole Opry who, in 2012, was honored with a star on the Hollywood Walk of Fame, the country icon's most memorable songs include “I Still Believe in You,” “Don't Let Our Love Star Slippin' Away,” “One More Last Chance,” “Tryin' to Get Over You,” “The Heart Won't Lie” (with Reba McEntire), and “Sober Saturday Night” (with Chris Young), all of which topped Billboard's Country charts. Gill albums that have reached the top three, meanwhile, include When I Call Your Name, I Still Believe in You, Let There Be Peace on Earth, When Love Finds You, and the chart-topping The Key, with all of the musician's albums since 1987 standing as top-10 hits. The husband of Grammy-winning superstar Amy Grant, Gill, an avid golfer, is also a member of the Tennessee Golf Hall of Fame, and in 2003, he received the PGA Distinguished Service Award for his charity work and his time spent promoting junior golf.