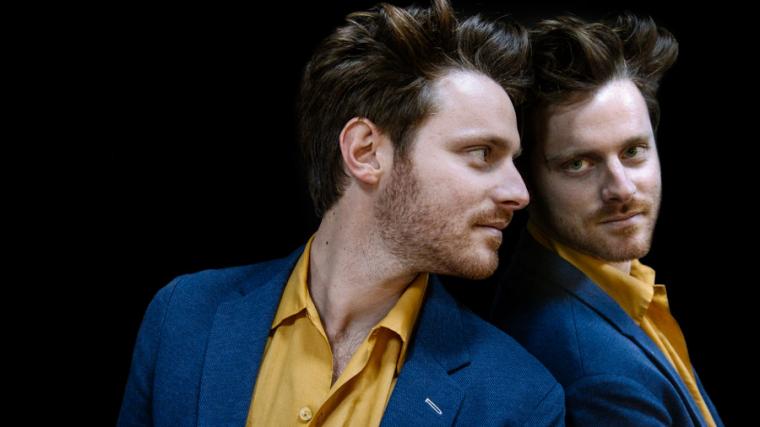 Appearing locally as part of a July/August tour that will also take him to Louisiana, Missouri, Nebraska, Wisconsin, and Minnesota, the Austin-based singer/songwriter Walker Lukens plays a Daytrotter concert on July 6, the artist having been called “one of the best songwriters in Texas” by the Free Press Houston, “wonderfully inventive” by NPR World Cafe, and even, according to his hometown newspaper the Austin Chronicle, “a non-sexually-intimidating version of Prince.”

Currently touring in support of his latest release Tell It to the Judge – a sophomore album that Billboard said “holds true to Lukens' penchant for blending genres and techniques from roots organic to ambient electronic” – the pop, rock, and soul artist began his professional career in Austin earlier this decade. Joining forces with fellow musicians Zac Catanzaro, Mckenzie Griffin, Grant Himmler, and Kyle Vonderau, Lukens played the Austin club scene as the headliner of Walker Lukens & the Side Arms, and soon thereafter released his solo-album debut in 2013's Devoted. Praised by the Austin Chronicle for “Lukens' fluctuating tenor and keen songwriting” as well as songs that “mix melancholy with pop sensuousness,” the album garnered the attention of Spoon drummer Jim Eno, with whom Lukens and his band started recording new music at Eno's studio Public Hi-Fi.

Their first collaboration, the song “Every Night,” wound up being streamed almost a million times nationally, and the artists' second – ”Lifted,” from the Never Understood EP – spent eight weeks on Austin's radio charts. Another recording followed with 2017's Ain't Got a Reason, an EP that Paste magazine deemed “a brilliant one that hooks you in within seconds,” and similar kudos led to Lukens garnering concert spots at nationwide festivals includng Bonnaroo, Firefly, Austin City Limits Festival, and Free Press Summerfest. Meanwhile, with Tell It to the Judge, Lukens is currently amassing his strongest praise to date. Austin Monthly called the album “a sophomore effort that cements his place among the city's best artists,” while MusicExistence.com said of Lukens, “His music is like a drink of water on a hot summer day; you don't know what you've been missing until the sound waves hit your eardrum.”

Walker Lukens' July 6 concert begins at 8 p.m., admission is $10-12, and more information and tickets are available by visiting Daytrotter.com.