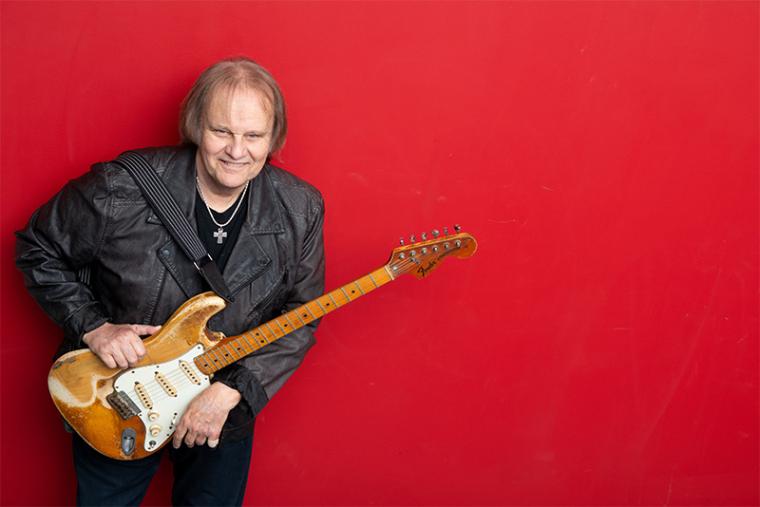 Touring in support of his 2020 album Ordinary Madness, a release that American Songwriter called “a brutally honest, blistering tour-de-force,” the legendary blues vocalist/guitarist Walter Trout takes the stage at Davenport's Adler Theatre on June 18, his concert sure to demonstrate why Blues Rock Review deemed him “one of blues' strongest active musicians” whose most recent recording “is consistently great from cover to cover.”

Born in New Jersey, the 68-year-old Trout began his career on the Jersey-coast scene of the late 1960s and early 1970s, and eventually relocated to Los Angeles where he became a sideman for Percy Mayfield and Deacon Jones, and played in bands with John Lee Hooker and Joe Tex. In 1981, Trout became the guitarist for Canned Heat, which led to an invitation to play in John Mayall's Bluesbreakers, with whom he performed until 1989. Forming the Walter Trout Band at the decade's end, the musician developed a successful following in Europe, and in 1998, Trout released his self-titled debut album in the United States, kick-starting two decades of full-time performance and touring throughout North America, Europe, and India.

With his outfit Walter Trout & the Free Radicals, the blues rocker recorded 1999's Livin' Every Day, 2000's Face the Music and Live Trout, and 2001's Go the Distance, with another four albums in the 2000s released by Walter Trout & the Radicals (minus the “Free”). Between 2008 and 2019, another 10 albums were delivered by the artist under the own name, and have been met with considerable critical and industry success; 2013's Luther's Blues was nominated for a Blues Music Award for “Rock Blues Album of the Year,” while Trout won two 2016 Blues Music Awards for Song of the Year “Gonna Live Again” and Rock Blues Album of the Year Battle Scars, a work that chronicled the artist's battle with liver failure. Trout's ultimately successful road to recovery continued to be celebrated in 2019's Survivor Blues, a record composed entirely of covers in which, according to National Rock Review, “Trout has delved deep into the discographies of many of the artists that have influenced him over the years, and unearthed a treasure trove of deep cuts and hidden gems.” Survivor Blues debuted with two consecutive weeks at the top of the Billboard Blues Chart, and went on to stay in the top 10 for 12 weeks.

Walter Trout plays his Davenport engagement on June 18 with an opening set by the Avey Grouws Band, admission to the 8 p.m. show is $22-32, and tickets are available by calling (800)745-3000 or visiting AdlerTheatre.com.