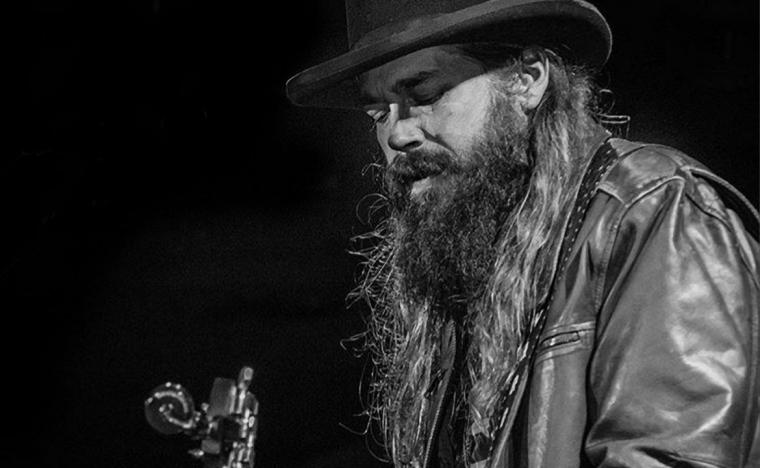 With RootsMusicReport.com praising the artist for his “perfectly constructed lyrics” and “smooth, effortless singing,” country crooner and prodigious songwriter Ward Davis headlines a Rock Island Brewing Company concert on June 22, his showcase demonstrating why SavingCountryMusic.com insisted, “On the three-bearded hydra that is Cody Jinks, Whitey Morgan, and Ward Davis, Ward is the one you turn to when you’re looking for something more thoughtful, more introspective, and where the songwriting is the foremost concern.”

Originally based in Monticello, Arkansas Davis moved to Nashville in 2000 and quickly became a professional songwriter while also attempting to launch a career as a performer. While Davis landed work as a keyboardist in Ray Scott's band, he spent much of his first decade in Music City attempting to fit into the commercial confines of Nashville. Although Davis was performing country tunes with Nashville ensemble the Beagles, a band he formed in 2009 with Rick Huckaby and Matt Nolen, his first major break arrived in 2011 when his song “My Kind of Crowd” appeared on David Adam Myrnes' Premium Country. Trace Adkins subsequently recorded Davis' “So What If I Do” for his 2013 album Love Will …, and a year later, the Beagles were showcased on A&E's musical reality program Crazy Hearts: Nashville.

After leaving the Beagles in 2014, Davis released the EP No Bridges, and in 2015, Merle Haggard and Willie Nelson recorded the artist's “Unfair Weather Friend” for their duet album Django & Jimmie. Ward's growing success in Nashville led to his first solo album 15 Years in a 10 Year Town, a debut that found the singer/songwriter pursuing musical directions influenced by classic outlaw country. The album led Country Music Bistro to rave, “Ward Davis is arguably one of the best voices I've heard come out of Nashville in quite some time,” and in 2018, Ward teamed with Cody Jinks to co-write three songs – “Big Last Name,” “Can't Quit Enough,” and “Colorado” – for Jinks' album Lifers. Jinks also hired Davis as his opening act for the recording's supporting tour, raising awareness of the singer/songwriter's gifts and building excitement for the impending release of Ward's 2018 EP Asunder.