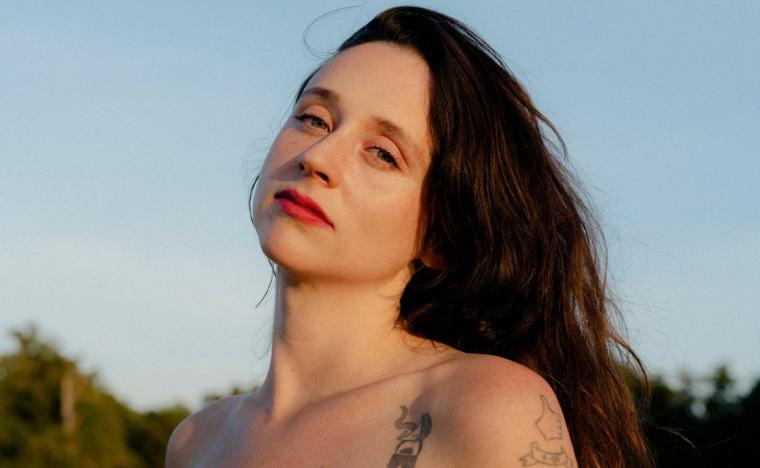 With her most recent album, 2000's Saint Cloud, extolled by The Guardian for its songs that are “genuinely good enough to be compared with peak [Bob] Dylan,” indie-rock singer/songwriter Katie Crutchfield – a.k.a. Waxahatchee – plays Rock Island's WAKE Brewing Company on September 9, the critically acclaimed artist having also been lauded by Pitchfork for creating “a vivid modern classic of folk and Americana.”

While a member of P.S. Eliot, a band formed with her twin sister Allison, Crutchfield released her first music as Waxahatchee as a cassette. Her bedroom-recorded debut album, American Weekend, was written and recorded in one week at her family home in Birmingham, Alabama, and garnered positive reviews, with Dusted magazine naming it a top album of 2012. The recording's single "Be Good" was a 2011 song of the day on National Public Radio and listed as one of the best 50 songs of 2012, while "Catfish" was featured in the popular Web series Welcome to Night Vale. Waxahatchee's second album Cerulean Salt, released in March of 2013, reached number one on the Official Record Store Chart that July, and the artist signed to Merge Records for her third album – 2015's Ivy Tripp – that led to tours with Kurt Vile & the Violators and Sleater Kinney.

In 2017, Waxahatchee toured with The New Pornographers and also embarked on a headlining tour around the United States, touring central Europe and Scandinavia in clubs and festivals during the autumn months. Released that summer, Waxahatchee's fourth album Out in the Storm was recorded in the Miner Street Recordings studio with her former touring band, and inspired Pitchfork to praise "Katie Crutchfield’s sharp, gorgeous songwriting, "immersive" band sound, and "songs that play like fiery exorcisms" in a review of the album. A year later, Waxahatchee opened Jawbreaker's first Los Angeles shows in 22 years at the Hollywood Palladium and New York City's Brooklyn Steel, and 2019 found her recording her fifth album Saint Cloud at Sonic Ranch in Texas and Long Pond in Stuyvesant, New York. Saint Cloud found Waxahatchee landing at number seven on Billboard's Emerging Artists chart in April 2020, and the recording debuted at the top of the Heatseekers Albums chart, made it to number two on the Americana/Folk Albums chart, and hit number six on the Alternative Albums chart.

Waxahatchee plays her WAKE Brewing Company concert on September 9, admission to the 6:30 p.m. show is $25-30, and more information and tickets are available by visiting CodfishHollowBarnstormers.com.