The Way Down Wanderers, October 10 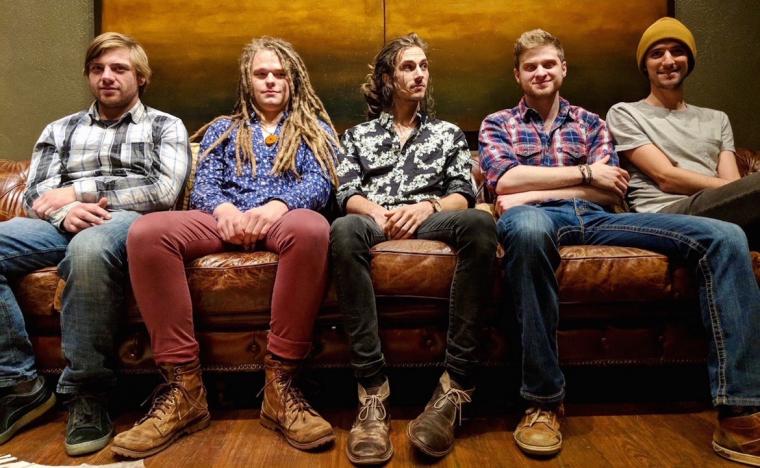 The Way Down Wanderers at the Redstone Room -- October 10.

Currently touring in support of their 2019 release illusions, the folk and Americana musicians of The Way Down Wanderers return to Davenport's Redstone Room on October 10, their soulful set sure to demonstrate why Rolling Stone Country raved about their “intricate, hypnotic rhythms,” and why BestNewBands.com wrote, “Their live show is full of energy and just a damn good time.”

The group had its beginnings in 2012 when frontmen and founders Collin Krause (mandolin and fiddle) and Austin Thompson (guitar) met in their hometown of Peoria, Illinois, after joining the same band, embarking on their first tour at the respective ages of 14 and 18. That outfit quickly disbanded, but Krause and Thompson continued to write and perform together, and by the end of 2013, they had enlisted a trio of additional talents to fill the Way Down Wanderers lineup: Travis Kowalsky (banjo and fiddle), John Merikoski (drums and percussion), and John Williams (upright bass). Initiating a busy tour schedule, with the group's “Wandering West Tour” bringing them to 25 Midwestern cities in 27 days, the artists established a following for their exhilarating instrumentals, foot-stomping sing-alongs, and self-titled “restSTOMPS” – free acoustic sets performed at rest and truck stops along their tour routes. The Way Down Wanderers were also named 2014's “Chicago's Best Emerging Artist” in the music magazine The Deli, with the ensemble's single “Dead Birds” a 2015 finalist in the International Songwriting Competition.

Prior to this past February's illusions, The Way Down Wanderers released the EPs Path to Follow and Wellspring, a live-performance LP, and the musicians' eponymous, 2016 debut album. Regarding The Way Down Wanderers, Americana and folk Web site MotherChurchPew.com raved, “Their brand-new, self-titled LP features rip-roaring banjo, carefree mandolin, soaring harmonies, and lush, low-end string … with some snarling guitar rock thrown in for good measure.” Relix magazine, meanwhile, wrote that the band “emerged fully formed, possessing a certain savvy that assures their ability to stand apart in a crowded field of nu-grass contenders,” and the band's reviews for illusions have been even more laudatory. Country Standard Time called its songs “uplifting, catchy, and even inspiring,” while Pop Matters said the album “arrived with firm mastery of its own vision.”

The Way Down Wanderers play the Redstone Room on October 10 with an opening set by Barbaro, admission to the 8 p.m. show is $12-15, and more information and reservations are available by calling (563)326-1333 or visiting RiverMusicExperience.org.