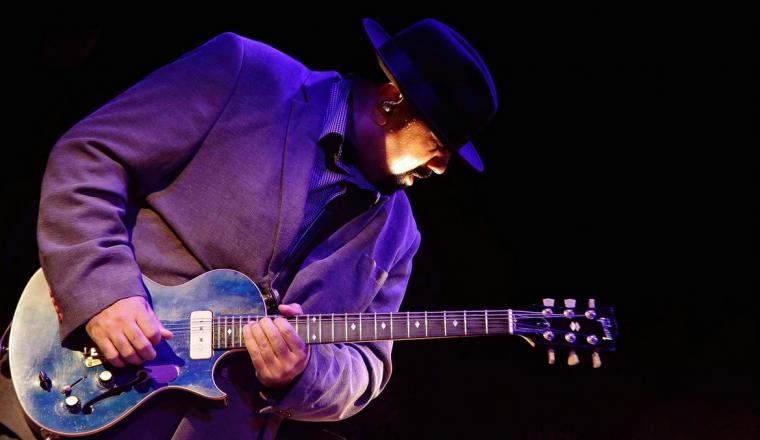 Wayne Baker Brooks at the Redstone Room -- May 5.

Performing what the Chicago Tribune called “down and dirty, from-the-gut blues,” guitarist, vocalist, and Chicago Blues Hall of Fame member Wayne Baker Brooks plays Davenport's Redstone Room on May 5, the artist described by Blues Revue magazine as “a fully developed talent and a maverick whose distinct brand of blues incorporates elements of rock, R&B, funk, and even a trace of hip-hop.”

The son of Chicago blues legend Lonnie Brooks who grew up witnessing live performances by the likes of Buddy Guy, KoKo Taylor, and Muddy Waters, Wayne began playing guitar in his father's band in 1990, and seven years later, he formed his own outfit in the Wayne Baker Brooks Band. The following year, Brooks spearheaded and co-authored the book Blues for Dummies with his father and Cub Koda, and that October, he and his band performed for then-First Lady Hillary Clinton at Willie Dixon's Blues Haven Foundation/Chess Records in Chicago. He performed lead guitar on the 2001 album Sweet Emotion: The Songs of Aerosmith and rhythm guitar on 2003's Genuine Houserockin' Christmas, and in 2004, Brooks released his solo debut Mystery, which the All Music Guide deemed “an album that brilliantly draws on blues, blues rock, soul, funk, and beyond.”

Wayne Baker Brooks performs on May 5 with an opening set by Kevin B.F. Burt, tickets to the 8 p.m. concert are $17-20, and more information and reservations are available by calling (563)326-1333 or visiting RiverMusicExperience.org.