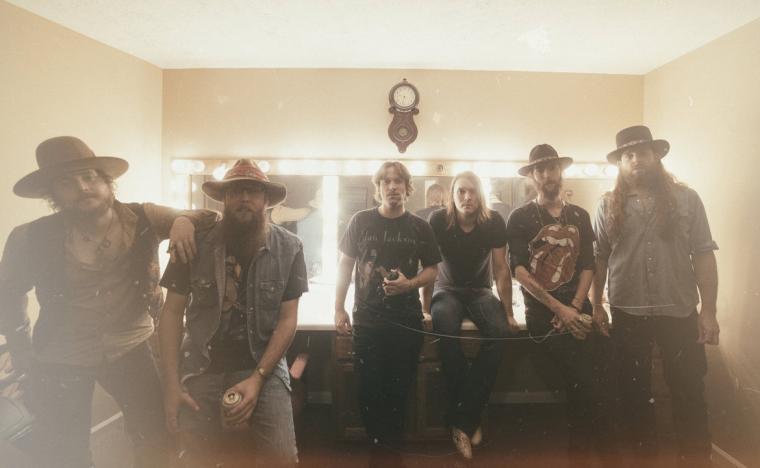 Chart-topping musicians whose most recent, eponymous album, according to Nashville Lifestyles Magazine, found the artists "writing from the gut and playing from the heart," the Whiskey Myers ensemble headlines a December 10 concert at East Moline venue The Rust Belt, with Saving Country Music adding that 2019's Whiskey Myers "pushes the boundaries of their sound more than ever."

A Southern rock/country group from Palestine, Texas, Whiskey Myers is presently composed of Cody Cannon (lead vocals and acoustic guitar), John Jeffers (lead guitar, slide guitar, lap steel guitar, vocals), Cody Tate (lead and rhythm guitar), Jeff Hogg (drums), Tony Kent (percussion/drums), and Jamey Gleaves (bass). The band started when friends Cannon and Jeffers began learning guitar together, inspired by the music of Lynyrd Skynyrd, Hank Williams Jr., and Waylon Jennings, among many other artists. After being joined by Cannon's co-worker and friend Tate, they began calling themselves Lucky Southern, and eventually enlisted mutual friend Hogg to play drums and Cannon's cousin Gary Brown to play bass (although he did not know how to play the instrument at the time). They began playing shows around their hometown and native state of Texas, slowly starting to build a following on the Texas/Red Dirt scene.

In 2008, under their new Whiskey Myers moniker, the band released their debut album Road of Life, while their second album, Firewater, was released by Wiggy Thump in 2011 and debuted in the Top 30 on Billboard's Top Country Albums chart, largely thanks to the strength of the single "Ballad of a Southern Man." In early 2014, Whiskey Myers' album Early Morning Shakes was released to positive reviews and was followed in September of 2016 with the musicians' fourth album Mud. In 2018, the band was featured in four episodes of Kevin Costner's Paramount Network series Yellowstone, and shortly afterward, Whiskey Myers' first three albums moved into the top 10 iTunes country chart. Their most recent album at the time, Mud reached number one on the charts, and its song "Stone" reached number nine in all genres. On September 27 of 2019, the band released their self-titled album that debuted at the top of the Billboard Country chart, number two on Billboard's active rock chart, and number six on the Billboard top 200. The release also garnered considerable critical acclaim, with Rolling Stone raving that Whiskey Myers was "a concise, focused effort [that] proves the band can be just as compelling, hard-rocking, and genre-crossing on record as they are onstage."

The musicians of Whiskey Myers plays their East Moline engagement on December 10 with an opening set by Bones Owens, admission to the 8 p.m. concert is $28-32, and more information and tickets are available by visiting TheRustBeltQC.com.