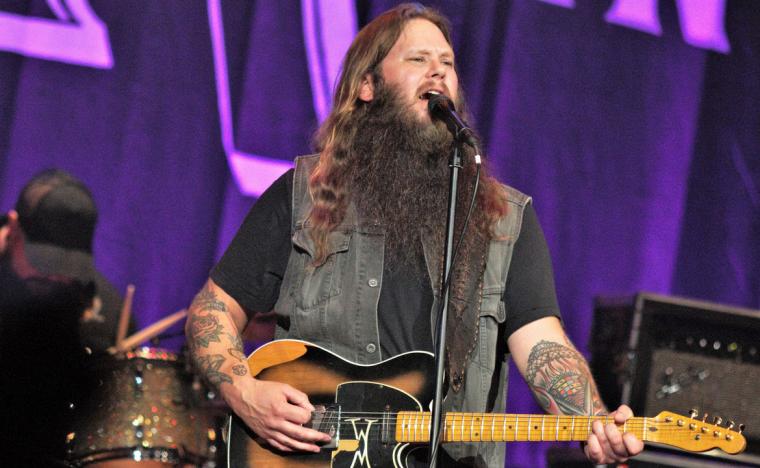 Touring in support of the musicians' most recent album Hard Times & White Lines – a 2018 release that American Songwriter awarded three-and-a-half stars and called the group's “finest set yet” – the honkytonk musicians of Whitey Morgan & the 78's play the Rock Island Brewing Company on June 14, proving why Glide magazine labeled the band “among the very best among the small legion of those carrying the outlaw country banner these days.”

Started in 2005 under the original moniker Whitey Morgan & the Waycross Georgia Farmboys, the original members of the Flint, Michigan-based band included Whitey Morgan (a.k.a. Eric Allen) on vocals and guitar, Jeremy Mackinder on bass, and Dylan Dunbar and Jack Schneider on guitar and drums respectively. After establishing themselves in the Midwest Honky Tonk scene, the band recorded a self-produced EP that included early versions of “Goodbye Dixie,” “Prove It All to You,” and “If It Ain't Broke,” and eventually signed a deal with Detroit's Small Stone Recordings, performing a cover of Van Halen's "Runnin' with the Devil" for the label's compilation album Sucking the 70s.The ensemble went on to record its debut album Honky Tonks & Cheap Motels in 2008, and by the 2010 release of Whitey Morgan & the 78's' self-titled album, the musicians were playing nearly 200 shows a year and making landing on Billboard's Country and Heatseekers charts for the first time.

With the release of 2015's Sonic Ranch, which hit the Top 10 on Billboard's Heatseeker's chart, Morgan and his group were earning widespread critical acclaim, with Rolling Stone describing the frontman as a “Waylon Jennings acolyte … modern-day outlaw [with a] hard-hitting brand of music, and NPR stating, “Morgan is poised to lead this hand-worn brand of country to the next generation.” The Detroit Free Press, meanwhile, called Sonic Ranch “a bold, well-crafted album that doesn't forsake the gritty undercurrent running through Morgan's stuff.” (Six years before, Whitey Morgan & the 78's won three citations at the Detroit Music Awards.) And with Morgan's current lineup boasting Brett Robinson on pedal steel guitar, Joey Spina on guitar, Alex Lyon on bass, Tony Martinez on acoustic guitar, and Eric Savage on drums, Whitey Morgan & the 78's are currently enjoying their strongest reviews and greatest popularity yet with the 2018 release of Hard Times & White Lines. Not only did the album reach number two on the Heatseekers chart and number five on Billboard's U.S. Indie chart, but SavingCountryMusic.com deemed it “a true compass of what real country music is.”