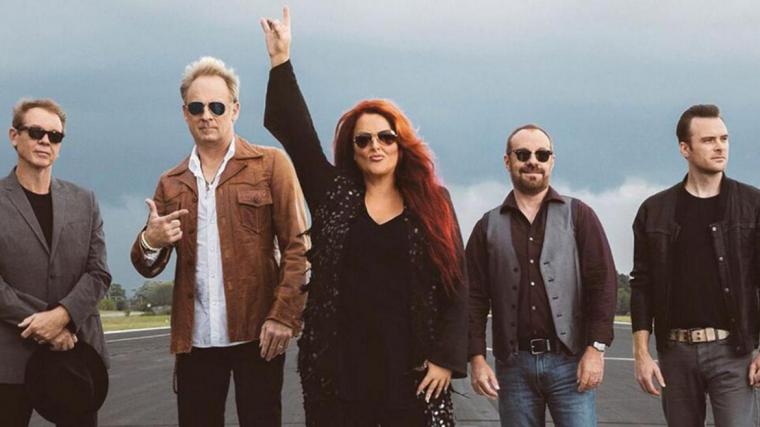 Famously described by Rolling Stone as “the greatest female country singer since Patsy Cline,” the legendary Wynonna Judd and her ensemble – collectively known as Wynonna & the Big Noise – make a special visit to East Moline venue the Rust Belt on February 21, its headliner having recently received this rave from NPR: “With her tight band right behind her after touring together for several years, she just sounds like she's home. … You can just feel the grin on her face.”

Born Christina Claire Ciminella in 1964, Kentucky native Wynonna Judd first rose to fame in the 1980s alongside her mother Naomi with the country-music duo The Judds. Wynonna and Naomi were signed to RCA Records in 1983, and between then and 1991, the duo charted 23 hit songs on the Billboard Hot Country Singles charts, including 14 number-one smashes “Mama He's Crazy,” “Why Not Me,” “Have Mercy,” “and “Rockin' with the Rhythm of the Rain.” They also recorded eight studio albums, one Christmas album, and two Greatest Hits compilations, eventually selling more than 20 million records worldwide and with their industry recognition including five Grammy nominations, nine Country Music Association Awards, and eight Billboard Music Awards. After Naomi retired following The Judds' 1991 farewell tour, Wynonna signed to MCA Records as an individual artist, making her solo television debut at the 1992 American Music Awards, It was there that she performed “She Is His Only Need” from her solo debut Wynonna, and the song quickly rose to the number-one position on Billboard's country-singles chart, as did the album's next three releases: “I Saw the Light,” “My Strongest Weakness,” and “No One Else on Earth.” Wynonna itself also topped the charts, as did the artist's subsequent Tell Me Why and What the World Needs Now Is Love.

To date, Wynonna has released eight studio albums – the most recent being 2016's Wynonna & the Big Noise – and her list of industry citations as a solo artist includes four Grammy nominations, four Country Music Association Award nominations, and the Academy of Country Music's Top Female Artist Award. In 2005, she received the USO's Merit Award for service to all divisions of the United States Armed Forces and teamed up with Habitat for Humanity to record “Heart of America” with Michael McDonald and Eric Benet, a song that helped raise more than $90 million for victims of natural disasters to the Gulf Coast. Two years later, Wynonna was presented with a star on the Music City Walk of Fame, and in 2013, she received the GI Spirit Award from the GI Film Festival for her charitable work in support of the troops at the screening of the documentary The Hornet's Nest. Currently touring the country with her Big Noise bandmates led by the headliner's drummer and husband Cactus Moser, Wynonna & the Big Noise is Wynonna's first full-length studio album of original material since 2003.

Wynonna & the Big Noise bring their tour to East Moline on February 21, admission to the 8 p.m. concert is $35-85, and more information and tickets are available by visiting TheRustBeltQC.com.