“Truth, Justice, and the American Way” in Comics is Topic of February 23 Monmouth College Talk 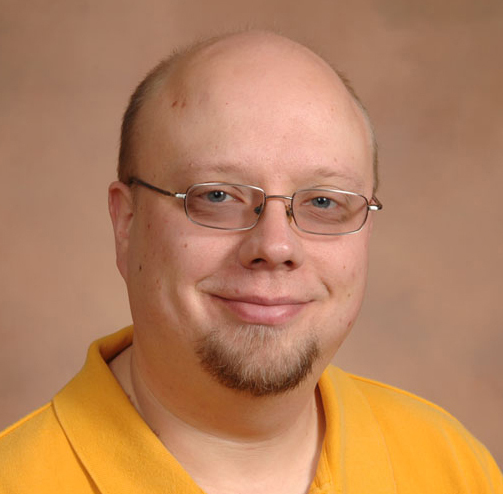 MONMOUTH, ILLINOIS (February 17, 2021) — Monmouth College faculty member Chris Goble has a lot to say about one of his passions — comic books.

And one of the things Goble says when speaking about that topic is that comic books themselves have a lot to say.

At 7PM, February 23, Goble will elaborate on that idea when he makes a presentation titled "Examining Comics: Truth, Justice, and the American Way." The lecture will be hosted on Zoom and is free and open to the public. The lecture accompanies an exhibit in the College's Hewes Library of items from Goble's own collection, including original issues of Wonder Woman and Black Panther comics.

Goble will discuss how comics have created scenarios beyond epic supervillain battles, such as the use of characters such as Superman and Black Panther in the fight against bigotry and injustice.

"We're trying to connect the exhibit to the idea of what we can research and using the library, thinking about how we examine comics, and how comics try to reflect and examine the world," said Goble, who worked with Public Services Librarian Anne Giffey on setting up the exhibit. "It also looks at comics in more recent years and how society is much more diverse now — cultural diversity, but also trying to show some different things with LGBTQ issues."

In choosing a title for his talk, Goble drew on a comic book legend.

"What hit me was Superman's classic mantra, 'truth, justice and the American way,'" said Goble, who teaches a Monmouth "Reflections" course on comics. "The more I thought about it, we could take the exhibit and talk about how comics examine what is true about society, how comics try to bring up — whether it be social justice or just general kinds of justice — issues and how they try to affect things in society. And then also, the American way — how have comics tried to show or been a part of pop culture?"

That gave Goble's talk a structure, he said.

"Then I started to look at what I had as far as artifacts and things I knew could fit into that, and Anne and I came up with this panel idea, like a comic would be separated into panels," he said. "We came up with two issues for each case of this 'examining comics' comic about truth, justice, and the American way, going with ideas about how comics have tried to reflect different social movements like feminism. For that, specifically, we look at Wonder Woman, and one particular issue of Wonder Woman I have that's literally called 'The Women's Lib Issue.'"

"Sometimes what you see in comics is a metaphor, but in that Superman comic, these are just people who are doing these horrible things and who think these things," said Goble. "They're not some sort of despot, despicable alien who's come down — they're not a metaphor; they're us. That is a much more powerful message if you're trying to get it across - to kids and to adults — that no, this isn't about an outside threat. This is actually how people think, and we have to be aware of it and try to fight it and try to be better."

Of Black Panther, Goble said, "He'd never seen racism and then he was surrounded by it. ... Even though these stories are decades old, they still resonate with us across time and they can still have power today. Racism is not over with."