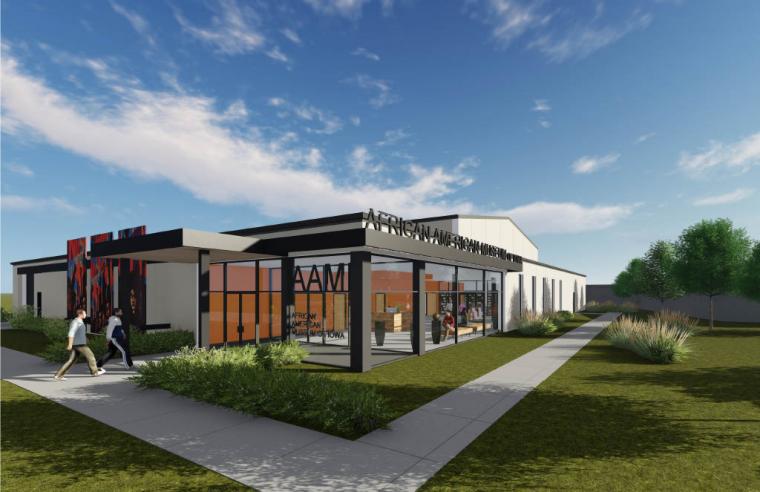 With such a major project underway, the Museum saw the flood-wall as an opportunity to make other much-needed improvements and updates to its building and improve future financial sustainability by building its endowment by launching a capital campaign to complete full renovation. The entire project includes creating a new and welcoming building façade that complements the community, redesigning the lobby and main level, installing a sprinkler system, adding a vapor barrier to the exhibit gallery to improve environmental control, updating HVAC equipment and mechanical rooms, reinforcing the roof to address long-standing leak issues, updating electrical, plumbing, lighting, restrooms, and updating staff offices.

The late shows’ joke likely stems from the data shared by 24/7 Wall St, LLC a Delaware-based corporation which runs a financial news and opinion company with content delivered over the Internet. The firm released a study earlier this year that ranked Iowa as the third-worst state for black Americans. “While we understand the premise of the joke — we definitely aren’t planning on moving anywhere. We are grateful a national show mentioned our Museum and our campaign. As an organization, the AAMI is committed to showcasing Iowa’s black history. Too often, this history is overlooked, and that only exacerbates the issue. We believe black history is Iowa’s history, and that is why this campaign and the AAMI is so vital for all Iowans,” says LaNisha Cassell, Executive Director.

The AAMI’s campaign aims to increase awareness about the Museum and the rich history it shares, as well as the relevant and original exhibitions and programs that reveal many untold and authentic stories of Iowa’s African American heritage. Museum board president Nancy Humbles is excited that the project wheels are in motion. “The African American Museum showcases Iowa history that is routinely left out of traditional educational settings. Our goal is for all Iowans to recognize the Museum as a resource to learn more about the contributions African Americans have made and continue to make in Iowa and the world.”

Campaign chair Zach Bohannon is also glad for the publicity: “Our statewide Museum has historically been underfunded and underutilized.” Bohannon “looks forward to this state treasure undergoing the well-deserved transformation it needs to continue delivering its valuable resources for generations to come.”

Those interested in learning more or contributing to the African American Museum of Iowa’s campaign can visit www.blackiowa.org/support/vip.

About AAMI: The African American Museum of Iowa has been a voice for the voiceless for close to thirty years. It leads the effort to tear down the walls that confine us to a limited history. The AAMI provides its audiences with the richness of Iowa’s full history. No other institution in the state understands the scope of that history and has the resources to make it available to our youth, families, and communities like the African American Museum. The continuing need for inclusive and authentic history is why the African American Museum of Iowa was founded, and why it is necessary for all Iowans today and tomorrow. The AAMI reaches more than 30,000 people annually.