Back By Popular Demand: “One Night of Queen,” Performed by Gary Mullen and The Works 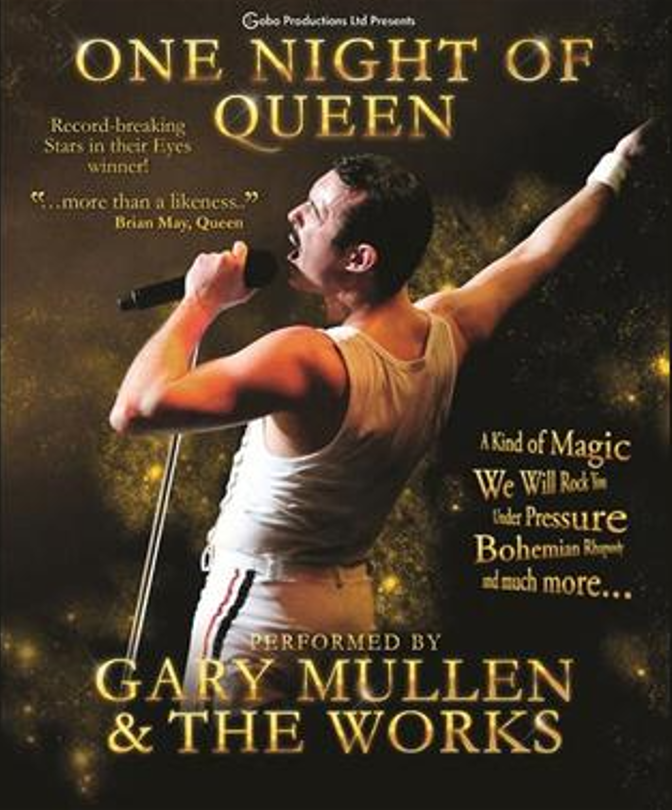 Gary Mullen began touring on his own and in 2002 formed a band ‘The Works’, to pay tribute to rock legends Queen. Since May 2002, ‘Gary Mullen and the Works’ have performed throughout the UK, USA, Europe, South Africa, and New Zealand to sell-out audiences. The outfit have also twice-rocked the prestigious BBC Proms in the Park, in front of a very enthusiastic crowd of 40,000. “One Night of Queen” is a spectacular live concert, recreating the look, sound, pomp, and showmanship of arguably the greatest rock band of all time. This show will ROCK you!

Queen’s “Bohemian Rhapsody” is now the most-streamed song of the 20th century, racking up more than 1.6 billion streams of the song and music video, according to Universal Music Group, which represents the band’s catalog globally, outside of North America, and the Queen movie Bohemian Rhapsody has become the highest-grossing music biopic of all time.

Ticket prices are prices are $49.50, $35.50, and $25.50, with a limited number of $69.50 also available. Tickets are on sale now and are available at the TaxSlayer Center box office and online at www.ticketmaster.com.