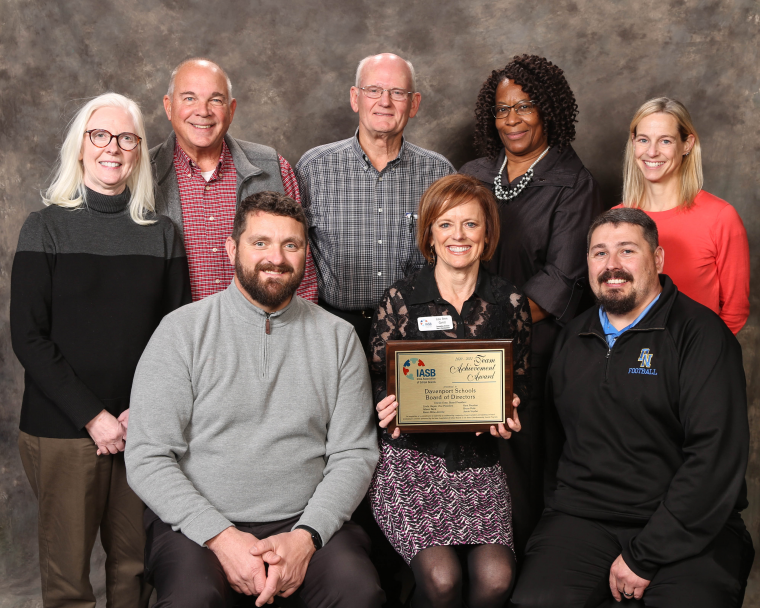 “I want to congratulate your board-superintendent team for your dedication to learning and service this past year,” IASB Board Development/Convention Director Lou Ann Gvist told the board. “Because of the extensive time and effort you have committed to expand your knowledge and skills for better excellence in governance, I am happy to announce your team has earned the IASB Better Boardsmanship Awards.”

Four of seven school board members received the Individual Achievement award. President Danial Gosa, Vice President Linda Hayes, Director Kent Paustian and Director Karen Kline-Jerome were recognized for their continuing education and for constantly working to improve as elected officials on the school board. These four board members completed a regimen of classwork through the IASB in several areas. This demonstrates the Davenport Community School Board’s dedication to its students and growing excellence.

As a result of the majority of the board receiving this recognition, the Davenport School Board as a whole received the Team Achievement Award. Davenport was one of seven districts to receive this award in the State of Iowa out of 330 school districts.

Superintendent TJ Schneckloth also received the Award of Honor for his completion of rigorous coursework to further his skills and knowledge.