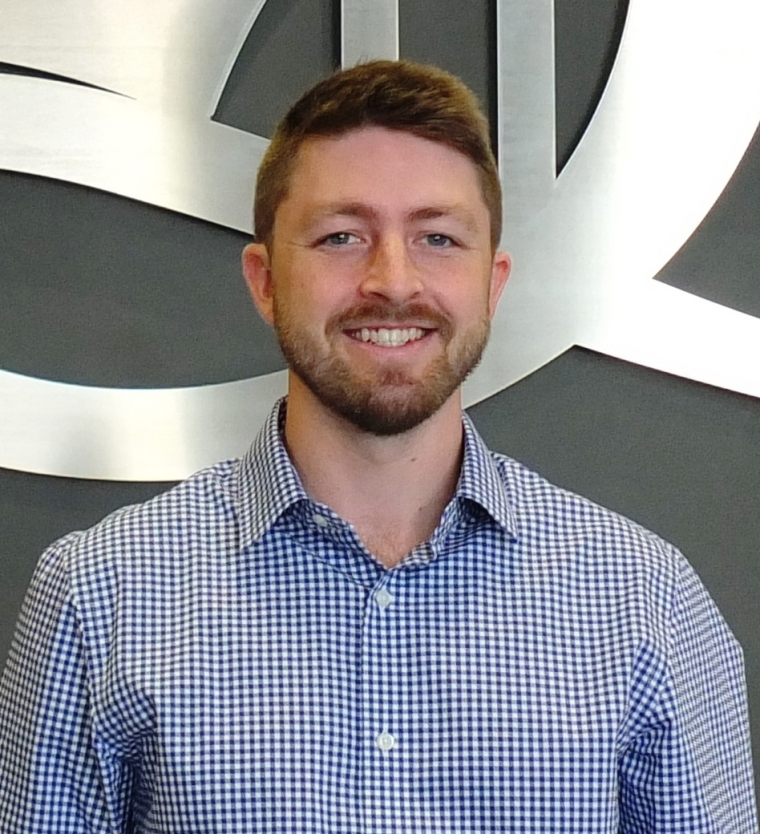 DAVENPORT, IOWA (March 22, 2021) — In partnership with the City of Rock Island, the Quad Cities Chamber has hired Jack Cullen for the new role of Downtown Rock Island Director to provide place management services for the historic riverfront business district.

According to Kyle Carter, Vice President of Place Management for the Chamber, focused placemaking-efforts are vital to a community’s growth, and having vibrant and inclusive downtowns helps attract residents, amenities, and businesses.

“It’s great to see a diverse group of energized and engaged downtown Rock Island stakeholders with long-term placemaking goals in mind,” Carter said. “I have no doubt Jack will harness this energy to create an immediate and tangible impact as he helps facilitate consensus and action as the Downtown Rock Island Director."

Cullen, currently the Marketing and Communications Manager at the Chamber, will begin transitioning into his new role April 1. He joined the organization in 2018 to serve as Q2030 Project Manager, and, prior to that, he was a reporter for the Quad-City Times. An Augustana College alum and former downtown resident, Cullen proudly calls Rock Island his hometown within the Quad Cities.

“There is so much potential that exists in revitalizing our downtown area,” Rock Island Mayor Mike Thoms said. “Having Jack on board now whose sole focus will be to bring vibrancy and growth to downtown Rock Island is a big step forward in our overall vision for the city.”

Mayor Thoms appointed a downtown steering committee in 2020 to continue the implementation of the City’s 2015 Downtown Revitalization Plan. The group recommended the establishment of a downtown place-management services agreement, and in late January 2021, Rock Island City Council approved a two-year contract with the Chamber.

Serving as the liaison between downtown business and property-owners and the City, Cullen will work with the committee to explore the creation of a downtown place-management organization, develop a long-term sustainable-funding model, and make recommendations on the appropriate use of the City’s remaining downtown TIF funds. Throughout the process, Cullen and company will focus on downtown Rock Island’s placemaking needs, including business and economic growth, infrastructure, livability, advocacy, and promotions.

“I am very excited about the talent on the steering committee to reinvigorate and reinvent our downtown, and the addition of Jack to help lead this effort is a huge win for Rock Island,” Stern said. “There is so much potential for our city, and I look forward to the transformation.”

While Cullen will oversee the day-to-day management of the downtown revitalization effort, he will also work collaboratively with the Development Association of Rock Island (DARI), a separate entity providing economic development and financial-incentive expertise for all of Rock Island, when new development opportunities arise.

In addition to its Rock Island contract, the Chamber has agreements in place to provide downtown management for Bettendorf and Davenport, Iowa.