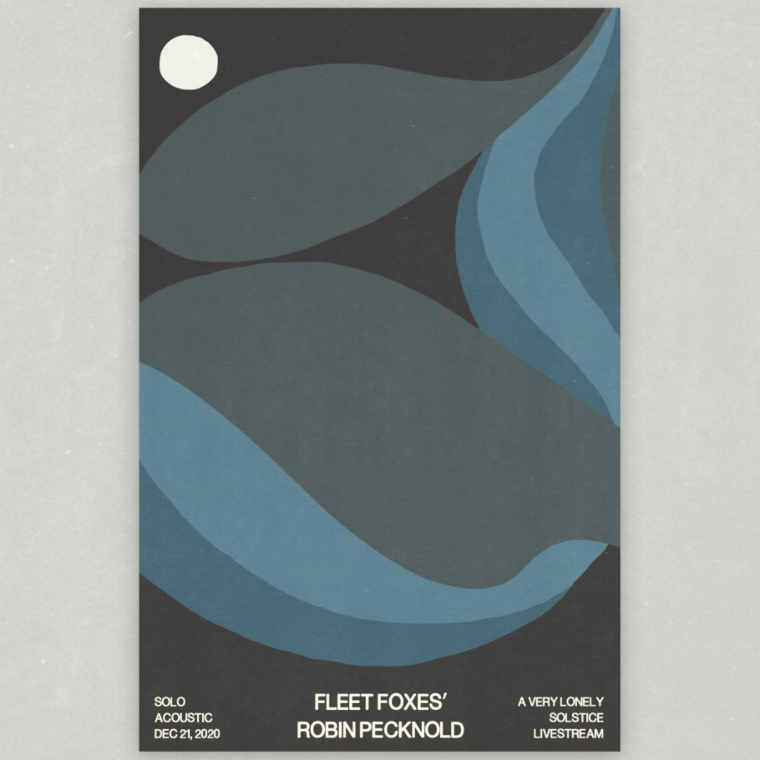 DAVENPORT, IOWA (December 10, 2020) — Since touring in person remains a far distant star, we'd love to have you join us on the Winter Solstice (December 21, 2020) for a “A Very Lonely Solstice Livestream” with Robin Pecknold of Fleet Foxes performing solo acoustic from St Ann and the Holy Trinity Church in Brooklyn, New York The performance, slated for 8PM (Central Standard Time), will also feature a guest appearance by the amazing Resistance Revival Chorus for one song. Tickets are on sale now. Get them early! $20 advanced/$25 day of show.

Brooklyn's Parquet Courts is performing a live stream TONIGHT, December 10, from Pioneer Works. The performance will celebrate the band's 10-year anniversary and feature a live performance, a showing of rare, archival footage, and new interviews. The show begins at 9PM (CST).

For either of these performances, if you can't view them as they're happening, there is a 48-hour rebroadcast window to view on-demand.

As we all continue to navigate this bummer of a live music year, we here at Codfish Hollow and The Raccoon Motel want to keep providing the best opportunities to experience some form of live-concert performance until we can all get back to being in the same rooms together. All of the following Motel and Codfish alums have ticketed live streams available in the coming weeks. Please give the listings a look. For every ticket purchased to any of these streams, a portion of the ticket price comes back to our venues and will help us get through this quagmire and back to doing what we all want to be doing in the barn and the future Motel. Thank You!

December 10 — Colin Meloy of The Decembrists — The legendary songwriter of The Decemberists will be performing a live solo concert from The Farm. This is an exciting one!

December 13 — Andrew Bird — One of the best out there. Last in eastern Iowa performing at Hancher Auditorium; hopefully will be at the barn sometime in the next two years. For fans of: Grizzly Bear, Fleet Foxes, Sharon Van Etten, Beirut, The Barr Brothers.

December 21 — Fleet Foxes' Robin Pecknold — Made one of the best records of 2020. Performing solo at the St Ann and Holy Trinity Church in Brooklyn, New York. For fans of: Fleet Foxes, Grizzly Bear, The Shins, M Ward.