With Flurry of Classics Activity, The Star of Monmouth College's Adrienne Hagen is on the Rise 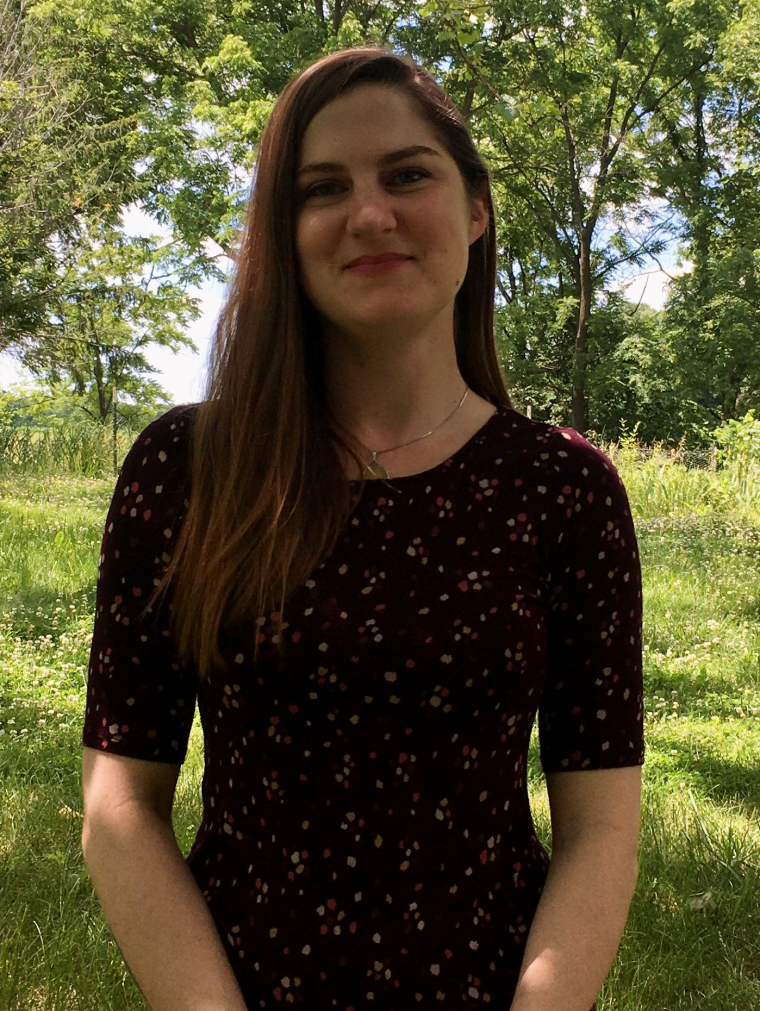 MONMOUTH, ILLINOIS (March 5, 2021) — Adrienne Hagen didn't exactly plan the timing this way, but she is in the midst of leading a series of events in her field, which one of her Monmouth College colleagues called an "exceptional" achievement for someone so early in her career.

The classics professor, who joined Monmouth's faculty in 2018 — two years after completing her Ph.D. at the University of Wisconsin — has launched an “Eco-Classical Caucus,” is preparing to lead an environmental education symposium this spring, and recently presented a pair of virtual talks at two major universities.

That's in addition to her normal teaching load. Oh, and writing a book, Nature and the Environment in Antiquity.

“Adrienne is in the midst of the kind of 'hot streak' that is not particularly typical of professors in institutions like ours,” said one of her Monmouth departmental colleagues, Bob Simmons.

“We launched the caucus at the beginning of February,” said Hagen, noting that its creation has been a silver lining of sorts within the COVID-19 pandemic.

“The main purpose of the caucus is that we send monthly digests of events, conferences, recent publications, podcast episodes, YouTube videos — just anything related to classics and environment,” she said. “It's to inform people and connect them. In the past, most of these talks would've only been in-person events, but with everything being virtual, we can get the word out, and people can watch them throughout the world.”

Hagen has intentionally kept the mailing list small for the first two installments of the caucus, but she still has an international audience, sending to scholars from “Harvard to Hawaii,” as well as in Egypt, Australia, Canada, the Netherlands, and the United Kingdom.

The product of years of organization and effort, the caucus is the creation of Hagen and Cornell University professor Charlotte Hunt, who met at a workshop three years ago.

“We realized that this is something the field needs,” said Hagen. “Before this, we were all trying to keep our eyes open for things individually. This is a better way to inform people and keep them connected.”

The pandemic is also tied into another of Hagen's major projects, an Associated Colleges of the Midwest FaCE Grant-funded environmental education symposium that she was originally supposed to lead over the course of a single day last spring, with assistance from another Monmouth classics colleague, Alana Newman, and others. Titled “Environmental Education and the Liberal Arts,” the symposium will now be held virtually on different days over several months this spring.

“It promises to be a true liberal arts experience, as we will be bringing together people from many different disciplines to share knowledge and generate new ideas,” said Hagen.

The conference's discussions will cover a variety of topics, such as psychology and sustainability, medieval art and environmental history, and how a college arboretum can serve as a classroom. The first session will be held March 27.

“Part of the impetus was that environmental studies tend to be very science-oriented,” she said. “Departments like classics and anthropology have a lot to offer, too, but we weren't doing enough to communicate about that with other departments. This is really about communicating and making sure we are generating ideas and supporting them.”

Hagen also presented a talk and demonstration about ancient weaving to students at nearby Augustana College and the University of Wisconsin on back-to-back days in late February, and another talk on end-of-world ideas in Greek philosophy to a class at UCLA earlier in the month.

“The UCLA talk was for the class of a friend of mine, whom I'd invited to speak to a couple of our Monmouth classes,” said Hagen, who examined thoughts on the end of the world held by three different ancient philosophies — Pre-Socratic, Stoicism, and Epicureanism.

Always present in Hagen's mind as she tackles her various projects is her upcoming book.

“Everything's coming together right now so, honestly, it's been really hard to find time to work on it,” she said. “But it is a source book, so in doing this other work, I see things that I hadn't thought of before to include. It's all finding its way into the book.”

And the book will find its way into her Monmouth classroom.

“I'll be teaching my 'Nature and the Environment in Antiquity' course again next spring, and I would like to pilot it then and work out any kinks,” Hagen said of the sourcebook, which is scheduled to be published by Routledge in 2023. “More and more people are teaching these types of classes, and I felt there was a need for a book like this.”