Garp Fest is Baby Garp This Fall, One-Day Event at The Barn September 11 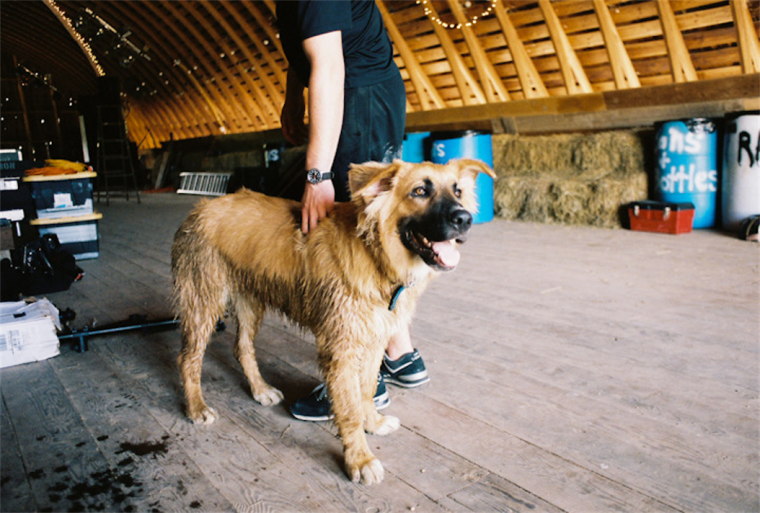 DAVENPORT, IOWA (July 21, 2021) — With the way these last two years have gone, we couldn't go another year without some form of the special weekend we've lovingly dubbed GARP. We are happy as clams to announce this morning a GARP like you've never seen, an undiluted one-day scorch fest of epic proportions that will feature some of our all-time favorite people and a bashing array of some of our new favorites, all to take place on the legendary barn stage, Saturday, September 11th!!

Already joining us at the farm are Dad Country himself — Jonny Fritz, The Artisanals' Johnny Delaware in a special solo set that's not to be missed, New York's TORRES who has released one of the year's absolute best albums (please go listen to the song "Don't Go Puttin' Wishes in My Head" right NOW!) and hilarious comedian James Austin Johnson from Texas. We will be announcing our spectacular headliners in a week! There will only be 600 tickets available for this fun day and they go on sale this Wednesday at 10AM central.

By being on the Moeller Nights/Raccoon Motel mailing list, you're able to grab tickets a day early, starting now. Use the presale code GARPBAYBEE and claim those tickets. See you at the barn!

NEW SHOWS ANNOUNCED:: Liz Cooper is returning to Davenport November 19 with Pearl Charles; Wheelwright (formerly Jared and the Mill) will be bringing the new look to town with Joshua Dylan Balis October 21; and a super-cool super-group Blunt Bangs (with the lead singer of Black Kids and members of Woods) coming September 23.

Tickets are now on sale for Liz Cooper w/Pearl Charles, Blunt Bangs and Wheelwright (formerly Jared and the Mill) with Joshua Dylan Balis to Raccoon Motel members. General on sale for all three begins this Friday, July 23, at 10AM.

AUGUST 10 — VINCENT NEIL EMERSON w/special guests:: LISTEN:: on sale and over half sold out already

AUGUST 27 — MIKE AND THE MOONPIES w/BUFFALO GOSPEL:: LISTEN to Mike and the Moonpies:: LISTEN to Buffalo Gospel:: on sale now, fewer than 25 tickets left

SEPTEMBER 10 — ROOKIE w/IN THE PINES:: LISTEN to Rookie:: LISTEN to In The Pines:: on sale now

OCTOBER 12 — MICHIGANDER w/STAY OUTSIDE and DARYL RAHN:: LISTEN to Michigander:: LISTEN to Stay Outside:: LISTEN to Daryl Rahn:: on sale now and filling up

TICKETS to all Raccoon Motel shows can be purchased HERE

TICKETS to all Codfish Hollow shows can be purchased HER