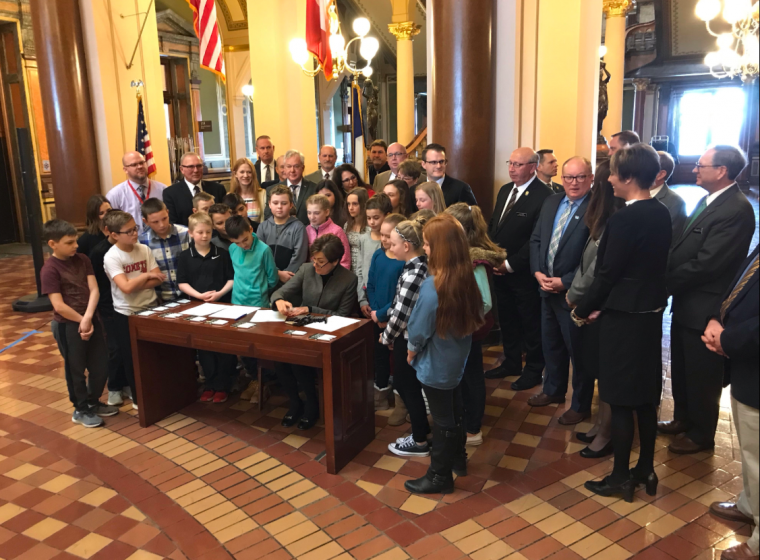 “This new education funding helps us get our young people ready for the challenges of a 21st-century economy,” said Gov Reynolds. “I commend lawmakers for their quick action on school funding this session, which will help school districts prepare for the next school year. Education is and will remain a top priority for my administration.”

HF 306 and HF 307 adds nearly $90 million in new money for pre-K-12; it amounts to $19 million for transportation equity funding and $2.90 for per pupil funding. With the addition of this new legislation signed into law, the state of Iowa has invested $845 million of new money in preK-12 education since 2011.