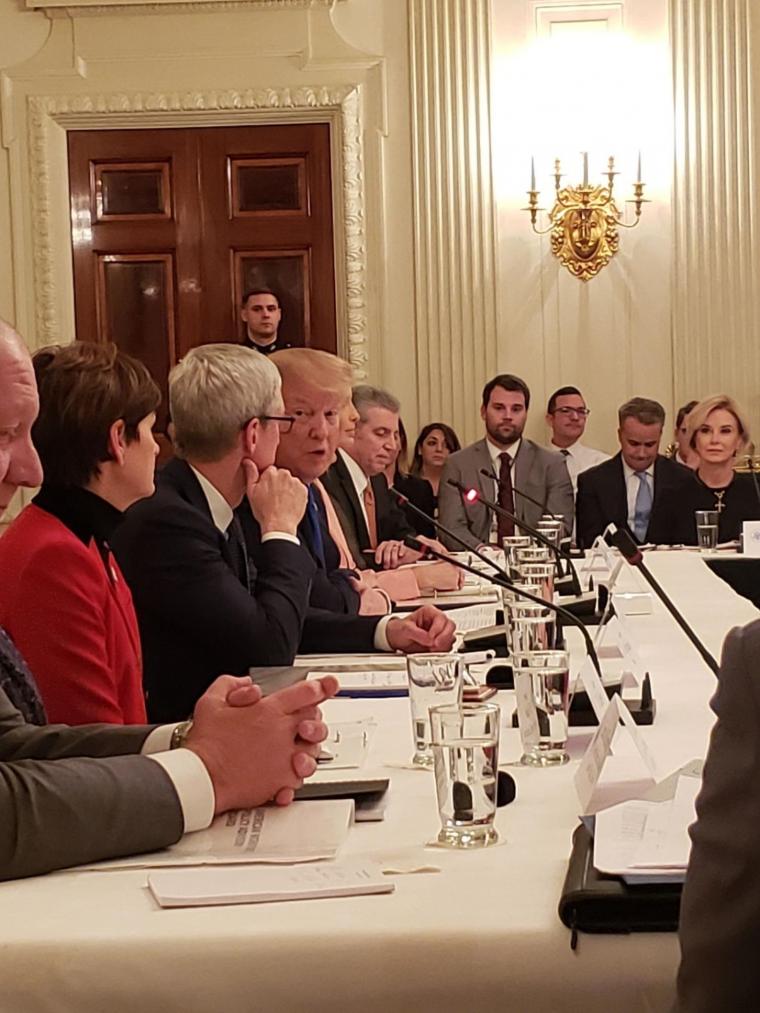 Gov Kim Reynolds, second from left, from her meeting with Pres Donald Trump, fourth from left

Gov Reynolds joined President Donald Trump, Vice-President Mike Pence, Advisor to the President Ivanka Trump, Secretary of Commerce Wilbur Ross, as well as other members of the American Workforce Policy Advisory Board. A photo from the meeting is attached to this release.

During the strategy session, board members discussed ways to highlight education and training pathways that lead to great careers. They also shared ideas on how to improve the labor market data to better match adults and students with the skills required for the good-paying jobs available in the 21st century.

“With the entire nation facing a skilled workforce shortage, I believe the goals and ideas driving Future Ready Iowa can serve as a model for other states to replicate,” said Gov Reynolds. “Through the American Workforce Policy Advisory Board, I look forward to developing more collaborative relationships and encouraging other members to share their best practices that can benefit Iowans now and in the future.”

Earlier this year, Secretary of Commerce Wilbur Ross and Advisor to the President Ivanka Trump announced that Gov Reynolds has been appointed to the American Workforce Policy Advisory Board. Established under Executive Order 13845, this Board will work directly with the National Council for the American Worker, leveraging the knowledge of its members to develop and implement a strategy to revamp the American workforce to better meet the challenges of the 21st century. Read that press release here.

Gov Reynolds has made Iowa a leader in workforce development and job training efforts. Recently, she hosted and participated in the National Governors Association’s last regional summit of the year which focused on creating “Good Jobs for All Americans.”