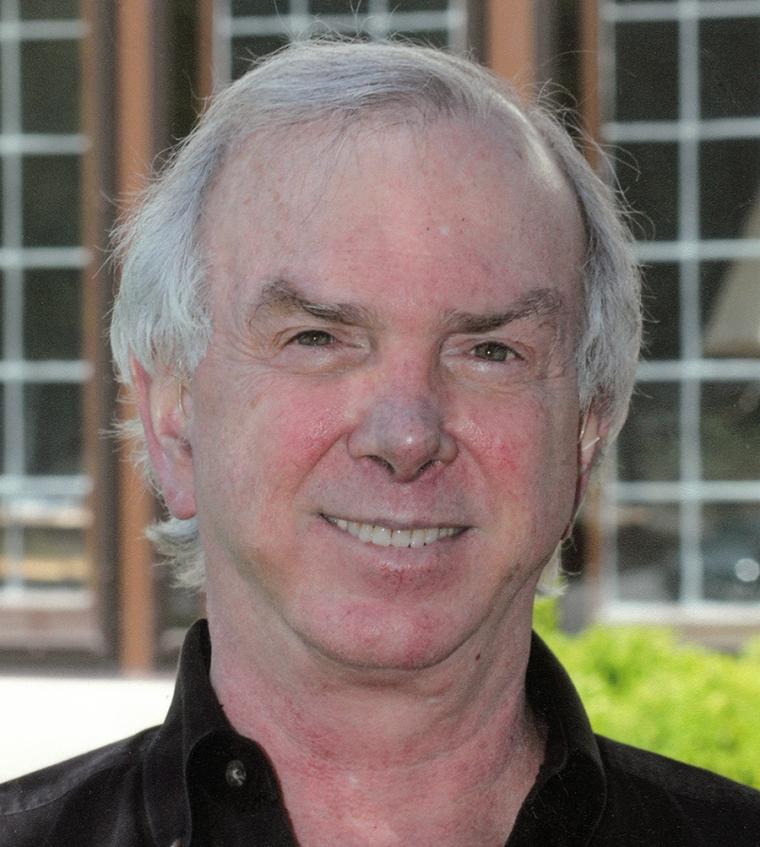 MONMOUTH, ILLINOIS (May 31, 2022) — Sherm Smith ('72) of Irvine, California, and his wife, Diane, have made a $1 million deferred gift commitment to Monmouth College.

Their gift supports the College's Light This Candle Campaign and was the specific gift that pushed the campaign past its $75 million goal, a full eight months ahead of its planned December 31 conclusion.

A member of the College's Board of Trustees, Smith recently retired from his roles as owner, president, and CEO of the Chambers Group, an environmental consulting firm that has completed numerous multi-million-dollar projects throughout the southwestern United States, including habitat-restorations.

"I sold the business, and I walked away from that in a good position financially," said Smith, who spent his career in various roles connected with environmental engineering and consulting and was a champion of the College's Center for Science and Business, which was built a decade ago.

The $42 million facility represented a major change in the landscape from Smith's time as a student, but, as he's remained active with his alma mater, he's observed that Monmouth has remained the same as an outstanding place to receive a liberal-arts education.

"Monmouth College very much has been a family affair," said Smith, whose mother, Mary Uhler Smith, graduated in 1941, and whose brother, Greg Smith ('74), followed him to campus from their Burlington, Iowa, home. Mary was active in Pi Beta Phi, Greg was a member of Sigma Alpha Epsilon, and Sherm joined Tau Kappa Epsilon.

"I really love Monmouth," he said. "It meant the world to me when I was there. I would recommend that anybody really consider talking to their children, grandchildren, nieces, and nephews about going to Monmouth. It's a wonderful school."

Smith elaborated, citing a recent tagline that Monmouth used to market itself.

"A few years ago, the College had the slogan 'What college was meant to be.' And that really resonated with me. I was at Iowa State for one summer term, and that was enough for me. Monmouth was such a better experience for me."

While majoring in psychology and taking classes from professors Charles Meliska, Dean Wright, and Bill Hastings, Smith was active in TKE, was a disc jockey for WRAM in downtown Monmouth, and was named Blue Key's Senior Man of the Year.

Smith will return to campus for this week's Golden Scots Celebration, as his Class of 1972 will be holding its fifty-year reunion. He also hopes to return for Homecoming in the fall for what he called his favorite trustee meeting of the year.

"I've always wanted to give back to Monmouth," he said. "I was there at a real turning-point in my life. I was just getting back from the service [three years of active duty, including one in Vietnam], and I needed some place like Monmouth to get re-grounded and refocused. Monmouth provides a great nurturing attitude and environment. Not to mention all the wonderful friendships that I've developed through Monmouth over the years."

Smith intends for his gift to go toward capital-improvement, perhaps a new facility to house Greek life residents.

"Greek life isn't for everybody, but it was for my mother, brother, and me," said Smith. "I made some lifelong friends, and it was a wonderful experience. I'd like to help folks out who choose to go that route."

"Sherm wanted to make a leadership statement and push us past our goal in the campaign," said Monmouth Vice President for Development and College Relations Hannah Maher. "The process was relatively easy with an adjustment in their will."

Smith hopes the gift will make an impact on students who come to Monmouth in need of the same nurturing he received.

"I just hope that my donation will be able to help folks that are in the same type of situation that I was in and helps get them on track for what they can be in life," he said, "especially as it relates to students in the Greek system."