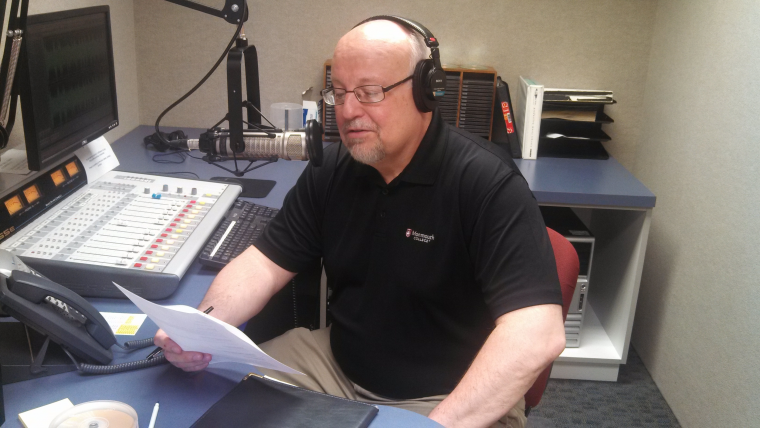 MONMOUTH, ILLINOIS (January 23, 2020) — Looking ahead to the February 3 Iowa caucuses, a Monmouth College political-science expert says voters will have four simple words on their minds: "Who can beat Trump?" "Voters might prefer one (Democratic) candidate over the other on the issues, but many of the people I'm talking to are willing to forego that," instead focusing on who can beat Donald Trump in the general election on November 3, said political-science lecturer Robin Johnson.

Because there is a 15-percent threshold for a candidate to be considered viable at each caucus, Johnson said "it's often very important who voters have as their second choice."

"If their candidate doesn't have the 15 percent and is non-viable, will they then support their second choice, or will they just go home?" he asked. Johnson agrees with the conventional wisdom that gives former Vice President Joe Biden and former South Bend (Indiana) Mayor Pete Buttigieg the best chance of toppling President Trump in November, observing that both candidates "are more toward the middle."

The other two Democrats with the best chance of showing well in Iowa and gaining momentum for the other three states with a February primary or caucus — New Hampshire, Nevada, and South Carolina — are US Senators Bernie Sanders (I-VT) and Elizabeth Warren (D-MA). Johnson said one of those latter two may fare better than expected on February 3. "I think there's a chance that Elizabeth Warren can surprise some people," said Johnson, who has interviewed all the major Democratic candidates except Sanders on his radio talk show, Heartland Politics on KBUR-AM/FM. "She's had more people on the ground in Iowa than any other candidate."

Johnson — who will take a group of about two dozen students and faculty from Monmouth College to a caucus at Burlington High School — won't predict which Democrat will win Iowa, but he offers a few forecasts about the caucuses. "When it was Barack Obama versus Hillary Clinton (in 2008), that brought out 240,000 voters in Iowa," he said. "In 2016, it was just 170,000. I think they'll blow by that 240,000 number this year. There's a diverse set of candidates running, and I think that's going to bring out a lot of people who don't normally participate." With a dozen of the 28 declared Democratic presidential candidates still in the race, Johnson is doubtful that Iowa will produce a decisive winner. This is also the largest field of presidential candidates to compete in the Iowa caucuses. "Traditionally, three tickets get punched from Iowa," he said. "This year could be four or five. If it's really close, I'm not sure there will be a lot of major takeaways from Iowa. It will likely be a more muddled result." That won't stop who wins this year's caucuses from crowing, nor will it silence other campaigns that gained at least 10 percent of the vote, with the next primary in New Hampshire's just eight days later. "We'll get dizzy from the spin," Johnson said of the messages that will be sent out from the winning and losing campaigns. Interviewed on a date when several inches of snow blanketed Monmouth, Johnson said another forecast will be important: The weather.

"Joe Biden, for example, has a lot of support among the elderly," he said. "If it's bitterly cold that night, will his voters turn out?"