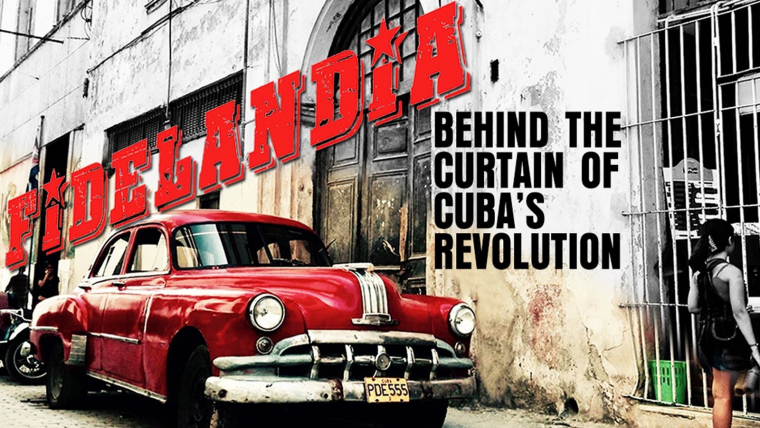 MONMOUTH, ILLINOIS (August 21, 2020) — Viewers can enjoy a Monmouth College film series this fall from the comfort and safety of their own homes. That's because the Spanish Film Club series is moving online.

Because of the COVID-19 pandemic, the film series, which is free and open to the public, will be shown via Zoom.The Spanish Film Club series will feature five films from Latin American countries and Spain with a theme of social movements or political activism. The series will begin August 26 with the Cuban film Fidelandia: Behind the Curtain of Cuba´s Revolution. The films will be shown via Zoom at 7PM on Wednesdays."Last fall, we had an average of 60-65 students per screening, and we were really packed, with some people sitting on the floor and very close to each other," said series organizer Jennifer Thorndike, a professor in the College's Department of Modern Languages, Literatures and Cultures. "I don't want to put anyone at risk, so showing the films on Zoom is the best option for this year. Anyone who gets the Zoom invitation can watch the films on Wednesday nights."

To get an invitation for the series, contact Thorndike at jthorndike@monmouthcollege.edu.Thorndike said the themes of social movements and political activism are not only timely, because of current events in the United States, but can also be inspirational to current students."It is important to see what we have in common — what students can have in common with these people that were fighting for change," she said. "Actually, a lot of these movements were started by very young people — people that were in college. That is something our students are going to like and appreciate — that some of these movements started from the same place they are. It's going to be very related to the things that are happening in the United States right now."Fidelandia takes a look at Cuba's current culture after Fidel Castro's 50-year reign, exploring how youth deal with the influence of Western culture through tourism, the use of illegal Internet, and television.The series' other films are: Enough with Catcalling: What is the Place of Women in the Cities (Brazil), which will be shown September 9; Fearless (Guatemala) on October 7; Spain in Crisis: A Collective Response (Spain) on October 21; and Red Gringo (Chile) on November 11.The Spanish Film Club series was made possible with the support of Pragda, SPAIN arts and culture, and the Secretary of State for Culture of Spain.