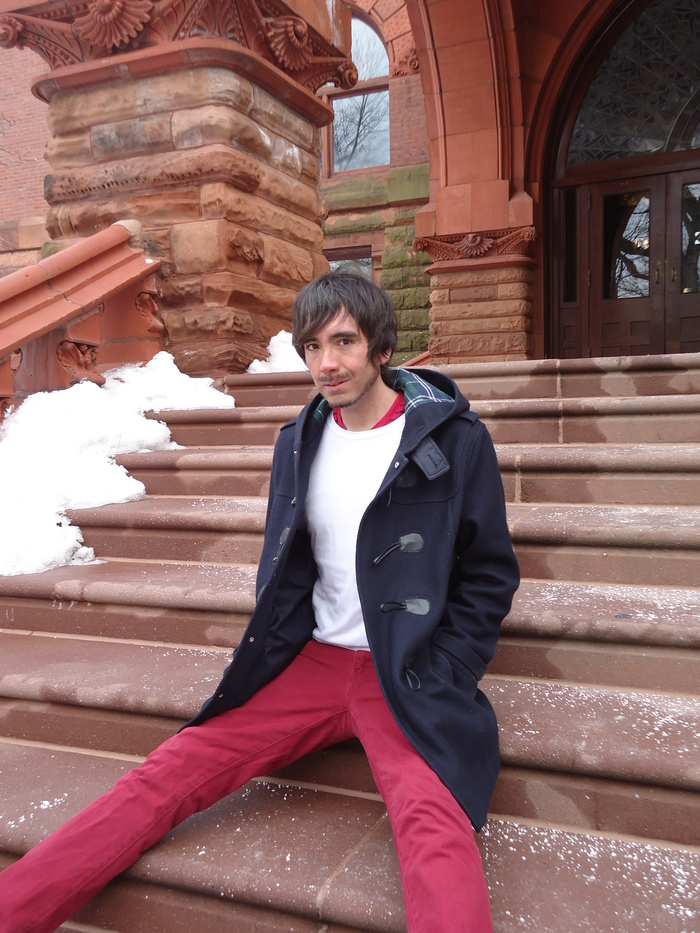 MONMOUTH, ILLINOIS (September 30, 2021) — In the midst of all this summer's fanfare tied to the Olympic Games in Tokyo, another important international event occurred on the other side of the Pacific Ocean: The South American nation of Peru celebrated the 200th anniversary of its independence on July 28.

That in itself was cause for celebration for Monmouth College faculty member Francisco Ángeles, who is a native of Peru. But the language professor and author was also honored by his appearance in the special section of a newspaper in the neighboring country of Chile that listed ten of the most representative individuals of the literary tradition of Peru, as well as ten musical influencers.

"The article appeared in La Tercera, which is one of the two major national newspapers in Chile," said Angeles, who has written four critically acclaimed novels but was cited specifically for his 2014 book Austin, Texas 1979. "I'm among some very big names," including the late-20th century authors César Vallejo and Julio Ramón Ribeyro Zúñiga.

A translation of the article reads, in part: "Francisco Ángeles is one of the greatest talents of Peruvian prose in the last decade, thanks to an agile and swift style to [break down] torments rooted for years in the life of any human being: Not everyone can gracefully achieve such a formula."

Ángeles addressed why a newspaper from a neighboring country — especially one that had been at odds with Peru — devoted time and effort to special coverage of the bicentennial. The title of the music and literature article was "Viva el Peru, carajo!” [Long live Peru, damn it!]

"Chile and Peru are neighboring countries. However, historically, they didn't have a good relation," said Ángeles. "In the past, finding animosity on both sides was the rule."

Ángeles called the War of the Pacific in the late-19th century "catastrophic" for Peru, noting that "many people still consider it a trauma." Tensions were exacerbated in the early 1970s by the country's dictators, both of whom were from the military.

"We Peruvians born roughly between 1965 and 2000 were raised under those revenge ideas," said Ángeles. "Fortunately, the 21st century is overcoming the past. A significant number of Peruvians have migrated to Chile and have influenced Chilean culture — particularly cuisine, but not restricted to that. Now the exchange between the two countries is fascinating. I've been in Chile several times and always felt extremely welcome."

Ángeles shared an "emotional" personal story of his connection to neighboring Chile:

"My great-great-grandfather on my maternal side was a Chilean soldier who ended up in Peru fighting the War of the Pacific. He got hurt near Lima but was rescued by a young lady who later became his wife, and my great-great-grandmother. In 2016, when I went to Chile for a tour for one of my books, I traveled to Maule, my Chilean great-great-grandfather's hometown. It was a very emotional moment. I remembered my grandmother telling me stories about her own grandfather, the Chilean soldier, when I was a kid. She passed away in 2012, but I honored her memory that day. I know she'd have been proud of me if she knew I visited her grandfather's town."