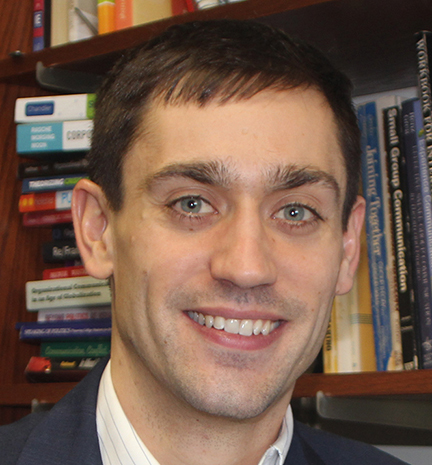 MONMOUTH, ILLINOIS (October 22, 2020) — How Russian, Iranian, and Chinese media are covering the US presidential election is the topic of a recent research article by a pair of Monmouth College faculty.

Some of the news isn't encouraging for President Donald Trump's re-election campaign efforts, according to an algorithm used to analyze hundreds of stories in the three countries' media outlets.

Writing for the non-profit, non-partisan website The Conversation, Monmouth professors Robert Hinck and Robert Utterback, along with Oklahoma State professor Skye Cooley, report that the media in China, Iran, and Russia are closely following the US presidential election and are eager for a change.

"It can be easy to overlook how the rest of the world is making sense of America's chaotic campaign season," the professors write. "But in many cases, they're paying attention just as closely as US voters are. After all, whoever wins the US presidency has implications for countries around the world."

In their article, "Russian media may be joining China and Iran in turning on Trump," the authors write that media outlets in China, Iran, and Russia — which typically reflect their respective government's official views — "seem to crave a return to normalcy — and, to some extent, American leadership in the world."

Hinck said that a theme that emerged among the media in the three nations studied is one of instability."What we write in that article is, although there's a lot of similar criticisms of US democracy and foreign policy, the big difference is how these foreign nations are describing Trump, and basically the instability that they perceive Trump to have brought about over the past four years," he said. "For these nations, (Democratic presidential candidate Joe) Biden — although maybe not perfect — will be more likely to bring that typical sense of normalcy or stability to the global order."A 'good marriage' of disciplinesThe article published by The Conversation is the product of a unique union of two seemingly-unconnected disciplines — communication studies and data science. The article's topic has been a focus of Hinck's research. He and Cooley collected their research in part by using algorithms provided by Utterback, who teaches in the College's data science program.

Hinck and Utterback had been talking about how to get an interdisciplinary project off the ground."It came across from friendly discussions, right around the time that I was teaching the 'Machine Learning' class," said Utterback. "Dr Hinck was talking about some of the things that he was doing, and I thought, 'Maybe I can apply some of the data science and machine learning algorithms to extract some information and provide a little bit of assistance, because there are a lot of news articles to dig through.'"Hinck called it "a really good marriage between hard sciences and the humanities.""Going into the future, our goals are to continue this happy marriage between data science and communication studies," he said. "We're working on getting more external funding so that we can attract good computer science students who can help work on some of these projects, get that real-world expertise, and have their own portfolio that they can showcase to potential employers." 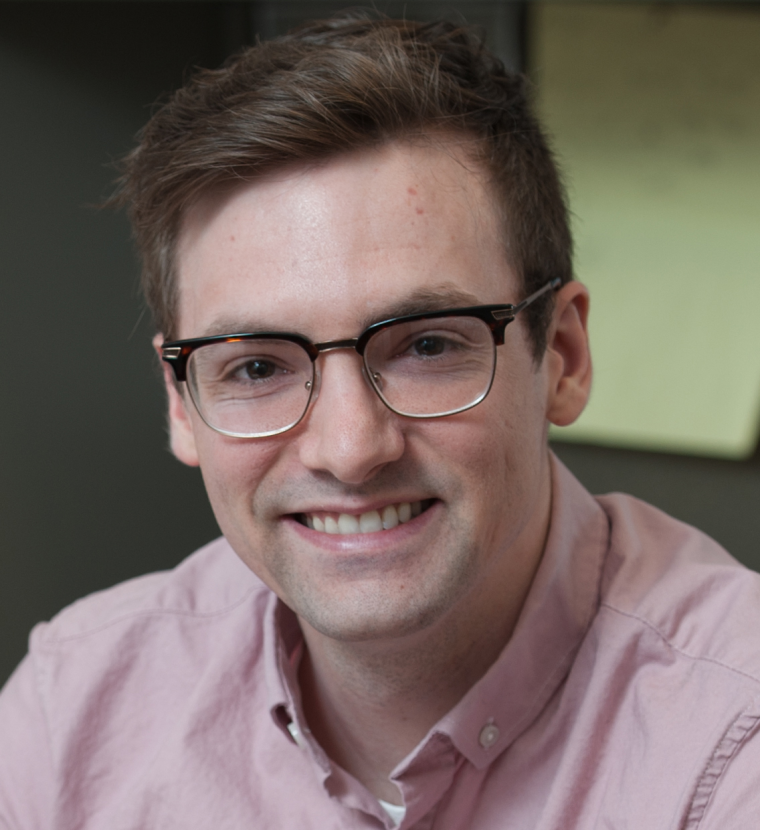 How it worksAs is often the case when it comes to mining data, a lot of work had to be done on the front end, which is where Utterback's expertise played a key role."Once you understand the theory, there's still a lot of engineering work that goes into getting all the data and cleaning it up, which is what we're teaching in the data science program — that data scientists spend a lot of their time having to clean up the data and get it into a manageable form before they can apply these fancy mathematical operations on it," said Utterback.

Cleaning up the data about foreign media involved turning every paragraph or article into a series of numbers and transforming it into numerical data. Algorithms look at the articles as numbers and see "distances" between them."The algorithms try to find where we've got these kind of articles over here that are all very near each other and identify those as some kind of theme," said Utterback. "Then we can look at the words and phrases that appear most often in those. The hope is that we can extract those and that they match up with the kinds of things that an expert like Dr Hinck is reading and seeing."Although this is the first project on which Hinck and Utterback have collaborated, it likely won't be the last. They've received a grant from the US Department of Homeland Security Border Trade and Immigration Institute, which asked them to analyze the Central America Northern Triangle (El Salvador, Guatemala, and Honduras), Mexican and US media "to understand what are some of the narrative convergences or divergences when we're talking about migration."The world of finance could also benefit from the text algorithms, and other potential text applications include tracking elements such as hate speech and fake news."Data science is really about using math and statistics and the power of computers to extract information from whatever data you have, wherever that data is and whatever form that data is in," said Utterback. "Every field has opportunities and data that can be analyzed, whether that's text, whether that's images or anything else. It's not terribly difficult to come up with projects that even freshmen students can get involved with and, after they take 'Introduction to Data Science,' be able to clean up the data and apply some of these algorithms to."