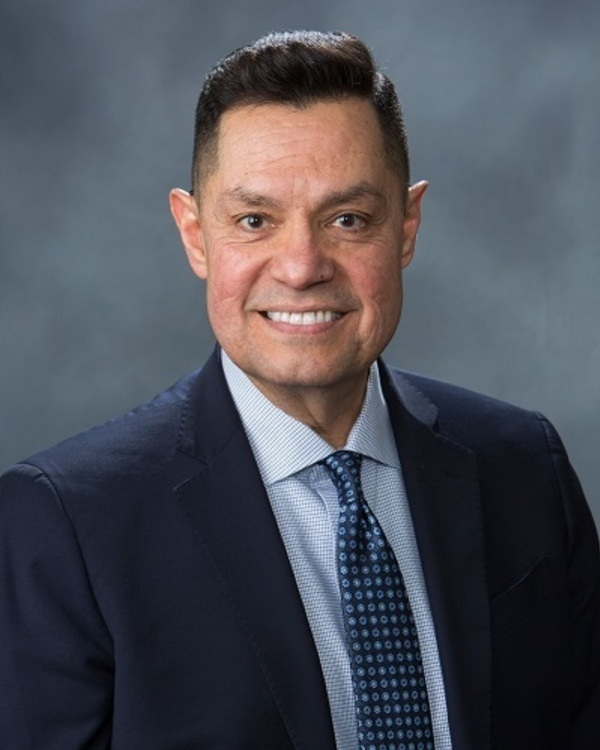 MONMOUTH, ILLINOIS (March 19, 2021) — Is America's fastest-growing racial and ethnic group making a difference on the landscape of US politics?

Luis Fraga, a professor of political science at the University of Notre Dame, where he also directs its Institute for Latino Studies, is among those who say that is indeed the case.

Fraga will speak via Zoom to Monmouth College students at 4PM, March 23. Titled "Latinos and the Reshaping of American Politics," Fraga’s talk is free and open to the public. It will be available at this link, with the passcode latpol.

"Professor Fraga was on my dissertation committee at Notre Dame and he's a great mentor and a very, very smart and astute observer of Latino politics in the United States," said Monmouth political science professor Andre Audette.

Among Fraga's many professional accomplishments, he was appointed by President Obama to the President's Advisory Commission on Educational Excellence for Hispanics.

Audette said in terms of overall numbers, Latinos are the fastest-growing racial and ethnic group in America.

“So there's a lot of suggestion by the media and political scientists that Latinos are going to basically change the outcome of elections,” said Audette. “They're going to decide who the president is going to be and decide who our representatives are going to be. There's actually been a long debate in political science about whether or not that is the case — whether Latinos actually do mobilize and get out to vote and change the outcome of elections.”

Audette said the main focus of Fraga's talk will be presidential elections, but he also expects him to discuss how Latinos are growing in political power and having a meaningful impact on the political system.

This semester, Audette is teaching a course on Latino politics.

“We just got done talking about whether Latinos will vote for Republican candidates,” he said. “Even just in looking at 2016 and 2020, there was a surprising number of Latinos that voted for former President Trump and other Republican candidates. In the class, we look at different countries of origin. Cubans tend to be a little bit more conservative in their politics, but we also look at differences across other groups and how Mexicans and Puerto Ricans are different, for example.”