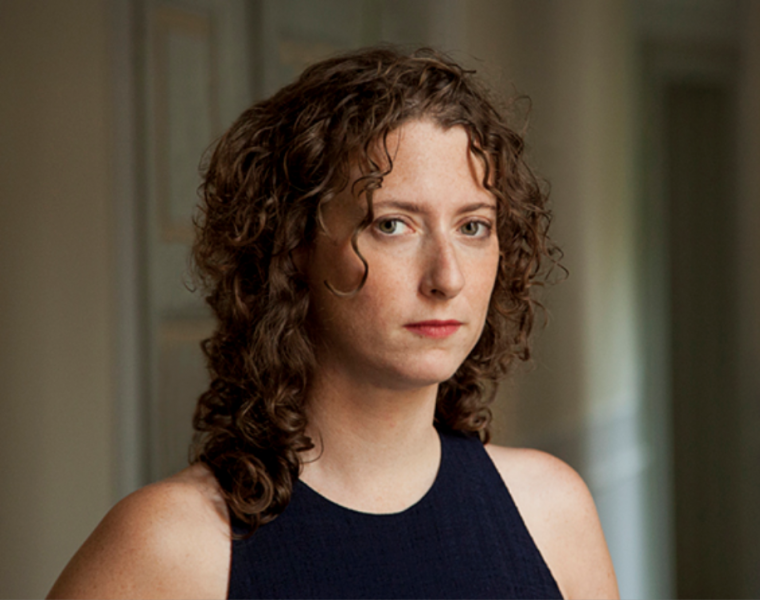 Those are some of the credentials for Nomadland, which on Sunday night took home the Academy Award for Best Picture. The movie's star, Frances McDormand, also won the Oscar for Best Actress.

Earlier this year for his podcast, Heartland Politics, Johnson interviewed Jessica Bruder, the author of the book, also titled Nomadland, upon which the film was based.

Johnson made a connection to Bruder through one of her faculty colleagues at Columbia Journalism School, where she teaches narrative writing.

"I interviewed a colleague of hers, Dale Maharidge, whom I've actually had speak to some of my classes," said Johnson of the author who won a Pulitzer Prize for General Non-Fiction in 1990. "Off the air, he mentioned one of his colleagues had written a book that was being made into a movie. I bought the book and read it, and a couple of months ago, I had her on the podcast to talk about it."

Bruder's book tells the story of a woman in her sixties who, after losing everything in the Great Recession, embarks on a journey through the American West, living as a van-dwelling modern-day nomad. Bruder bought a small mobile-trailer so that she could have a firsthand experience with a nomad lifestyle.

"People were forced to give up their homes after the Great Recession of 2007-08," said Johnson. "Bruder said instead of referring to themselves as homeless, they say they are 'houseless.'"

Johnson said that many of these "nomads" have banded together, and many still work, as they're not quite of retirement age and need the benefits that employment provides. He learned many nomads aren't looking for sympathy. They're happy with their lives and have grown to appreciate "having less stuff."

"She was very happy with the way the film was put together," said Johnson of Bruder. "She still stays in touch with some of the people she met."

Johnson gives the book a strong recommendation, and although he hasn't yet seen the movie, he'll take Bruder's — and the Academy's — word.

"Her book made me even more aware of the negative impacts of the Great Recession," said Johnson. "It's concise and very relatable. It gets into detail about this phenomenon we experienced in America that we're still feeling the after-effects of more than 10 years later — economically, socially, culturally, and politically. ... I definitely recommend reading the book first. And anything with Frances McDormand in it has got to be good."

McDormand earned her third Academy Award for Best Actress for her role as Fern in Nomadland. She also won for her roles in Three Billboards Outside Ebbing, Missouri in 2018 and Fargo in 1997.

Heartland Politics airs at 6:30AM Saturdays on Quad Cities NPR station WVIK HD2. It's distributed to other public radio stations in the Midwest, and it is also available as a podcast. On the program, Johnson discusses current issues faced by the country with leading figures in politics and current affairs. Episodes are also posted on the WVIK website and on Johnson's social-media pages.