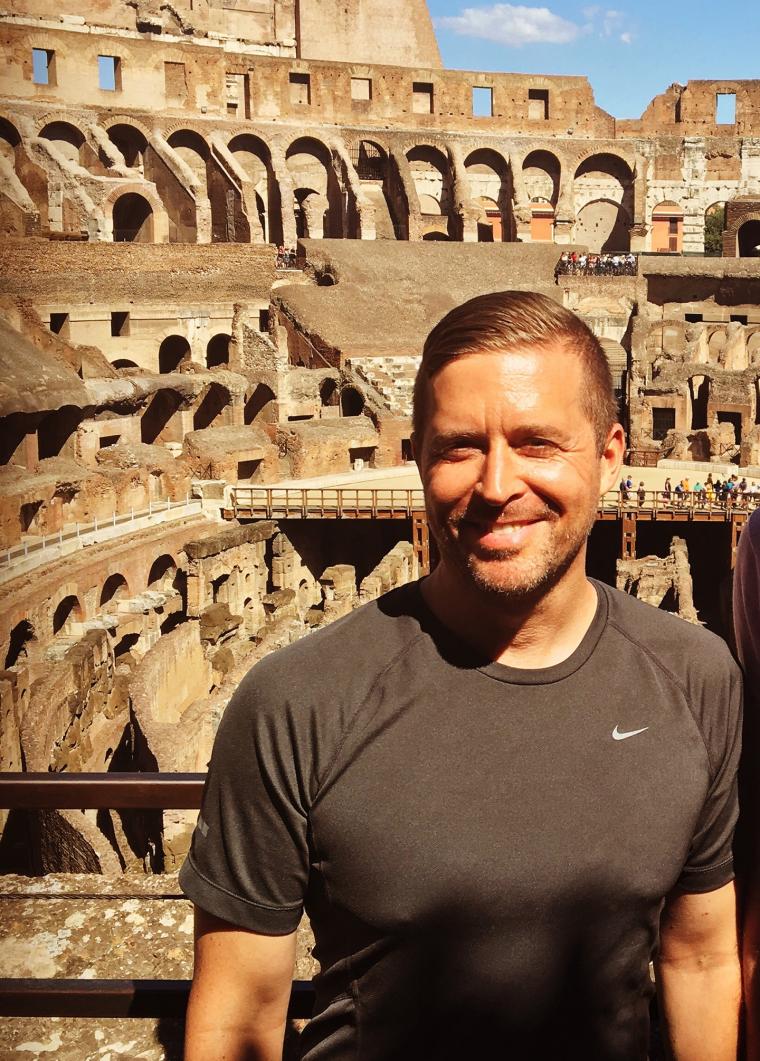 MONMOUTH, ILLINOIS (November 1, 2022) — Racism is not limited to the past few centuries, as a guest lecturer will discuss November 10 at Monmouth College.

Northern Illinois University art history professor Sinclair Bell will speak on "'Race,' Racism, and Representation in Roman Art: Aethiopians in the Visual Arts of the Roman World" as he delivers the College's sixth annual Thomas and Anne Sienkewicz Lecture on Roman Archaeology. Free and open to the public, the lecture will be presented at 7:30PM in the Pattee Auditorium on the lower level of the Center for Science and Business.

"The visual and material culture of the Roman Empire provides an abundant record of direct encounters with, as well as stereotyped imaginings of, foreign peoples," said Bell. "These images render visible complex formulations of ethnicity, social hierarchies, and power."

Bell's lecture will survey the ways in which imperial artists represented the peoples whom the Romans referred to as Aethiopians or Nubians (ie, "Black" Africans) in a variety of visual media.

"The lecture also considers how and why these works have been interpreted, misinterpreted, or sometimes ignored altogether by ancient art historians, and proposes new ways of integrating them into future, critical histories of Roman art," said Bell.

At NIU, Bell teaches courses in Greek, Etruscan, and Roman art history, architecture, and archaeology, as well as museum studies. His research focuses on the art and archaeology of the Etruscans; sport and spectacle in the Roman imperial period, especially the Roman circus; and slavery in ancient Rome, especially the visual representation of slaves, freedmen, and foreigners in Roman art.

Bell has co-edited numerous volumes, including a book with Teresa Ramsby on freed slaves in ancient Rome titled Free at Last! The Impact of Freed Slaves on the Roman Empire. He also worked with Alexandra Carpino on A Companion to the Etruscans. Bell was selected for a three-year term as editor of the journal Memoirs of the American Academy in Rome.

In addition to receiving numerous postdoctoral grants and fellowships in support of his research, Bell appeared as a presenter in Rome's Chariot Superstar, a documentary on the Smithsonian Channel based in part on his dissertation research.

The lecture series was anonymously endowed to honor one of Monmouth's most broadly-influential faculty members, Tom Sienkewicz, who retired as Minnie Billings Capron Chair of Classical Languages in 2017 after 33 years at the College. During his first year on the faculty, Sienkewicz founded the Western Illinois Society of the Archaeological Institute of America, which has hosted scores of archaeological lectures on campus. From 2012-17, he served the Classical Association of the Middle West and South as its chief executive and financial officer.

His wife, Anne, has been a loyal supporter of archaeology and over the years has hosted countless speakers.