The opening of the trial today included the presentation of articles of impeachment by the managers from the House of Representatives and the swearing-in of the Chief Justice of the United States, who will now preside over proceedings until the trial’s conclusion.

Do you solemnly swear that in all things appertaining to the trial of the impeachment of Donald John Trump, President of the United States, now pending, that you will do impartial justice according to the Constitution and laws, So help you God? 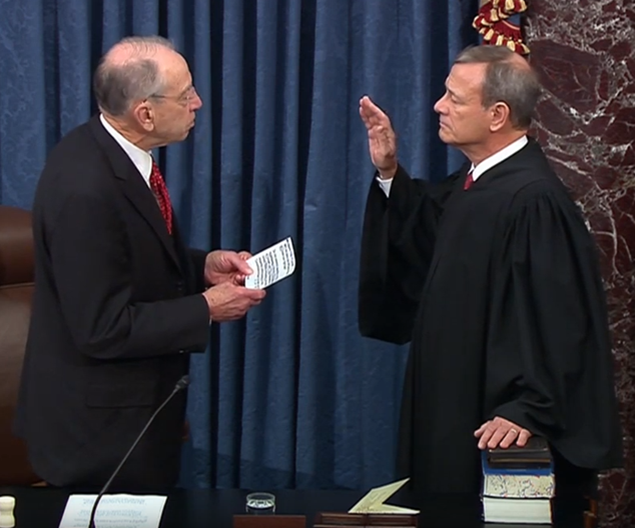 Video of Sen Grassley administering the oath to Roberts can be found HERE.

Following his own swearing-in, the Chief Justice administered the same oath to all 100 senators.

The president pro tempore is the constitutional office held by the most senior member of the majority party in the Senate. Sen Grassley has held the position since the start of the 116th Congress on January 7, 2019, succeeding former Sen Orrin G Hatch.