By The Birding Wire 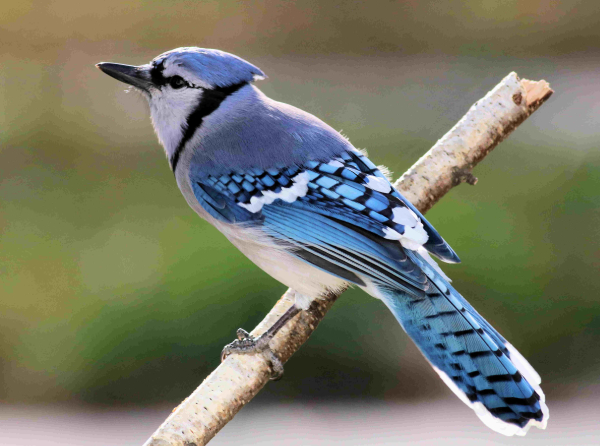 When our backyard birds are affected to the point where the birds that come to our feeders, and utilize our landscaping for cover and nesting, decline by one-third, we should surely be concerned and pressed into action, as described in the following article in this week’s Birding Lifestyles. When our “local” bird populations are affected along with wild birds across the country, the continent, and the hemisphere, all birders and all people interested in our natural heritage must react. Here are “7 Simple Actions to Help Birds:” 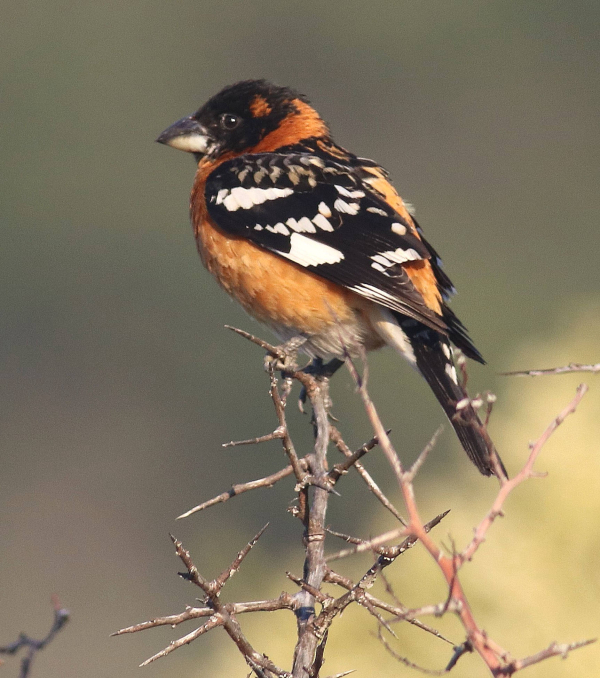 Most neotropical migrants that spend their summers in American landscapes and winter in the tropics have had considerable reductions in their population numbers, averaging one-third fewer than in 1970.

The Challenge: At one time, Passenger Pigeons were the world’s most abundant birds, but they became extinct quickly, and people didn’t realize how quickly the species was being eliminated until it was too late. Monitoring bird numbers is essential to help protect them, but tracking the health of the world’s 10,000 bird species is an immense challenge.

The Cause: To understand how birds are faring, scientists need hundreds of thousands of people to report what they’re seeing in backyards, neighborhoods, and wild places around the world. Without this information, scientists will not have enough timely data to show where and when birds are declining around the world.

Enjoy Birds While Helping Science And Conservation: Join a project such as eBird, Project FeederWatch, a Christmas Bird Count, or a Breeding Bird Survey to record your bird observations. Your contributions will provide valuable information to show where birds are thriving, and where they need our help. Note: If you don’t know how to use eBird, there are simple instructions to help you get the most out of the project and add to our information about birds.

Take It Further: Mobilize others in your community by organizing school groups or leading bird walks and submitting your counts to eBird. Support organizations that coordinate monitoring projects.

Get Started Today: Find a project that matches your interests

The Challenge: Up to one billion birds are estimated to die each year after hitting windows in the United States and Canada.

The Cause: By day, birds perceive reflections in glass as habitat they can fly into. By night, migratory birds attracted by city lights are at high risk of colliding with buildings.

These Simple Steps Save Birds: On the outside of a window, install screens or break up reflections using film, paint, Acopian BirdSavers, or a CollidEscape application (see https://www.collidescape.org/).

Take It Further: Start a lights-out campaign in your city. Work with businesses and public buildings to offer a contest for creative “window mural” designs that make windows safer for birds. Support legislation for bird-friendly building designs.

Get Started Today: Quick, affordable ways to keep birds from hitting your windows and Follow bird migration forecasts to know when birds are on their way to you plus Help pass the Bird-Safe Buildings Act

The Challenge: Cats are estimated to kill more than 2.6 billion birds annually in the United States and Canada. This is the Number One human-caused reason for the loss of birds, aside from habitat loss.

The Cause: Cats can make great pets, but more than 110 million feral and pet cats now roam outdoors in the United States and Canada. These non-native predators instinctively hunt and kill birds even when well fed.

A Solution That’s Good For Cats And Birds: Save birds and keep cats healthy by keeping cats indoors or creating an outdoor “catio.” You can also train your cat to walk on a leash (dog owners do it, cat owners can too).

Take It Further: Speak out about the impacts of feral cat colonies in your neighborhood and on public land. Un-owned cats’ lives may be as short as two years because of disease and hardships, and they are responsible for more than two-thirds of the birds killed by cats in the United States.

The Challenge: Birds have fewer places to safely rest during migration, and fewer places to nest: More than 10 million acres of habitat in the United States were converted to developed land from 1982 to 1997.

The Cause: Lawns and pavement don’t offer enough food or shelter for most birds and other wildlife. With more than 40 million acres of lawn in the United States alone, there is huge potential to support wildlife by replacing lawns with native plantings.

Add Native Plants To Attract Birds: Landscaping our yards is an important part of backyard birding. Native plants add interest and beauty to your yard and neighborhood, and they provide shelter and nesting areas for birds. The nectar, seeds, berries, and insects provided by native plants will sustain birds and other wildlife.

Get Started Today: Find out which native plants are best for your area

The Challenge: More than one billion pounds of pesticides are applied in the United States each year. The continent’s most widely used insecticides, called neonicotinoids or “neonics,” are lethal to birds and to the insects that birds consume. Common weed killers used around homes, such as 2, 4-D and glyphosate (used in Roundup), can be toxic to wildlife, and glyphosate has been declared a probable human carcinogen.

The Cause: Pesticides that are toxic to birds can harm them directly through contact, or if they eat contaminated seeds or prey. Pesticides can also harm birds indirectly by reducing the number of available insects, which birds need to survive.

A Healthy Choice For You, Your Family, And Birds: Consider purchasing organic food. Nearly 70 percent of produce sold in the United States contains pesticides. Reduce pesticide use around your home and garden.

Get Started Today: Check out the Shopper’s Guide to Pesticides in Produce and Send a message to protect birds and bees from toxic neonicotinoids

The Challenge: Shade-grown coffee preserves a forest canopy that helps migratory birds survive the winter in Latin America. On the other hand, three-quarters of the world’s coffee farms grow their plants in the sun; these coffee farms are the product of destroying forests that birds and other wildlife need for food and shelter. Sun-grown coffee also often requires using environmentally harmful pesticides and fertilizers.

The Cause: Too few consumers are aware of the problems of sun-grown coffee. People who are aware may be reluctant to pay more for environmentally sustainable coffee.

Enjoy Shade-grown Coffee: It’s a win-win-win; it’s delicious, economically beneficial to coffee farmers, and it helps at least 42 species of North American migratory songbirds that winter in coffee plantations, including species of orioles, warblers, and thrushes.

Get Started Today: Find out where to buy Bird-Friendly coffee in the United States and Canada

7) Protect Our Planet from Plastic

The Challenge: It’s estimated that 4,900 million metric tons of plastic have accumulated in landfills and in our environment worldwide, polluting our oceans and harming wildlife such as seabirds, whales, and turtles that mistakenly eat plastic, or become entangled in it.

The Cause: Plastic takes more than 400 years to degrade, and 91 percent of plastics created are not recycled. Studies show that at least 80 seabird species ingest plastic, mistaking it for food. Toothbrushes, lighters, and other trash have been found in the stomachs of dead albatrosses.

Reduce Your Plastics: Avoid single-use plastics including bags, bottles, wraps, and disposable utensils. It’s far better to choose reusable items, but if you do have disposable plastic, be sure to recycle it.

Take It Further: Advocate for bans of plastic bags, styrofoam, and straws. Encourage stores to offer incentives for reusable bags, and ask restaurants and other businesses to phase out single-use plastics.

There are a lot things we birders can do to benefit the declining bird populations in our yards, our neighborhoods, and far beyond. If you can’t make a suggested change listed above, or are unwilling to make a particular change, please do what you can to help improve our yards and neighborhoods, and our world for birds, people, and other wildlife. It’s not that hard, and it’s absolutely worthwhile. And always enjoy and marvel at the birds around you, no matter how common or rare they may be.