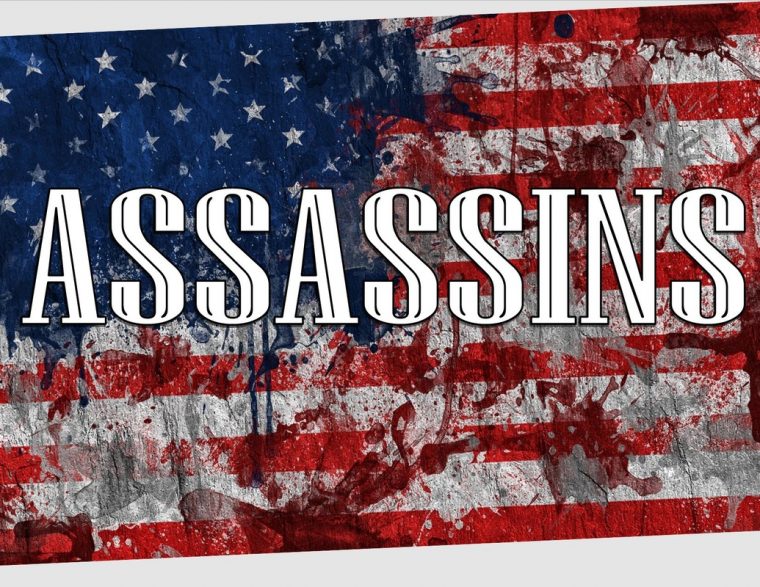 MOLINE, ILLINOIS (August 1, 2019) — The Black Box Theatre opens the multiple Tony Award-winning musical Assassins. With a book by John Weideman and Stephen Sondheim’s music and lyrics the “panoramic story of our nation's culture of celebrity and the violent means some will use to obtain it, embodied by America's four successful and five would-be presidential assassins. Bold, original, disturbing and alarmingly funny, Assassins is perhaps the most controversial musical ever written.”

Assassins presents the lives of nine people who assassinated or tried to assassinate the President of the United States. From John Wilkes Booth to Lee Harvey Oswald, time is warped and assassins and would-be assassins meet and inspire one another to commit terrible crimes.

Tickets can be purchased online at www.theblackboxtheatre.com.